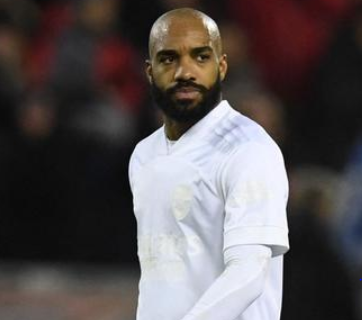 But Mikel Arteta’s Arsenal huffed and puffed against Forest at the City ground in the evening kick-off and ultimately paid a heavy price for their below-par performance, losing 1-0.

The decisive moment came in the 83rd minute when Lewis Grabban converted a superb Ryan Yates cross to set up a tie against holders Leicester in the next round.

“I don’t want to use excuses, I expect the team I put out to do better and when you don’t in the cup you are out,” said a despondent Arteta, who now only has the Premier League to focus on.

“Today showed we were not capable of winning against Forest away from home and didn’t put in the level to win the game,” he told ITV. “It’s a collective issue and today we have not done it.”

But jubilant Forest boss Steve Cooper said his side deserved their famous win.

“I’m really proud of the boys, pleased with the performance,” he said. “It’s brilliant to get through and I hope the players now really believe in what we’re doing.”

Earlier, a much-changed Spurs were trailing at half-time against League One opponents Morecambe but Harry Winks levelled and substitutes Lucas Moura and Harry Kane scored late to seal a 3-1 win.

Morecambe boss Stephen Robinson was absent for the game against the club at which he began his playing career after testing positive for coronavirus.

Spurs – 59 places higher than their third-tier opponents on the English football ladder – fell behind in the 33rd minute when Morecambe captain Anthony O’Connor converted from close range following a corner.

The home side struggled to impose themselves and Tottenham boss Antonio Conte summoned Moura and Kane from the bench with just over 20 minutes to go.

Spurs still needed a slice of luck to level the score – Winks’s free-kick was overhit, but it flew over flailing Morecambe goalkeeper Trevor Carson and into the far corner.

Moura put Spurs ahead in the 85th minute after rounding the goalkeeper following a charge from midfield and Kane made sure Spurs would progress.

“We deserve to win because in these types of games you have to show your strength,” Conte told the BBC.

“They defended with 11 players and that’s normal in these games but it is important to find the right solution.”

Liverpool boss Jurgen Klopp, back in the dugout at Anfield after completing his isolation period following a positive test for Covid-19, watched as his side went behind before recovering strongly to win 4-1.

Liverpool named five youth team players in their team to face League One side Shrewsbury after a Covid-affected build-up to the match, with more academy players on the bench.

The Merseyside club, whose training ground was shut for 48 hours during the week due to a virus outbreak, are without Mohamed Salah, Sadio Mane and Naby Keita, all of whom are at the Africa Cup of Nations.

Shrewsbury struck with their first real attack of any threat, when Daniel Udoh fired home from close range following a Nathanael Ogbeta cross.

But the home side were level just seven minutes later when Kaide Gordon, aged 17 years and 96 days, became the second-youngest goalscorer in the club’s history.

Fabinho gave Klopp’s men the lead from the penalty spot shortly before half-time and there were further goals from substitute Roberto Firmino and a second for Fabinho.

Goals from Manuel Lanzini and Jarrod Bowen were enough for West Ham to beat Leeds 2-0 at the London Stadium while Daniel Podence scored twice in a 3-0 win for Wolves against Sheffield United.

Third-tier Cambridge, who shocked Premier League side Newcastle on Saturday, will play Luton in the fourth round while non-league side Kidderminster host West Ham.

Manchester United host Aston Villa in the last of the third-round ties on Monday.