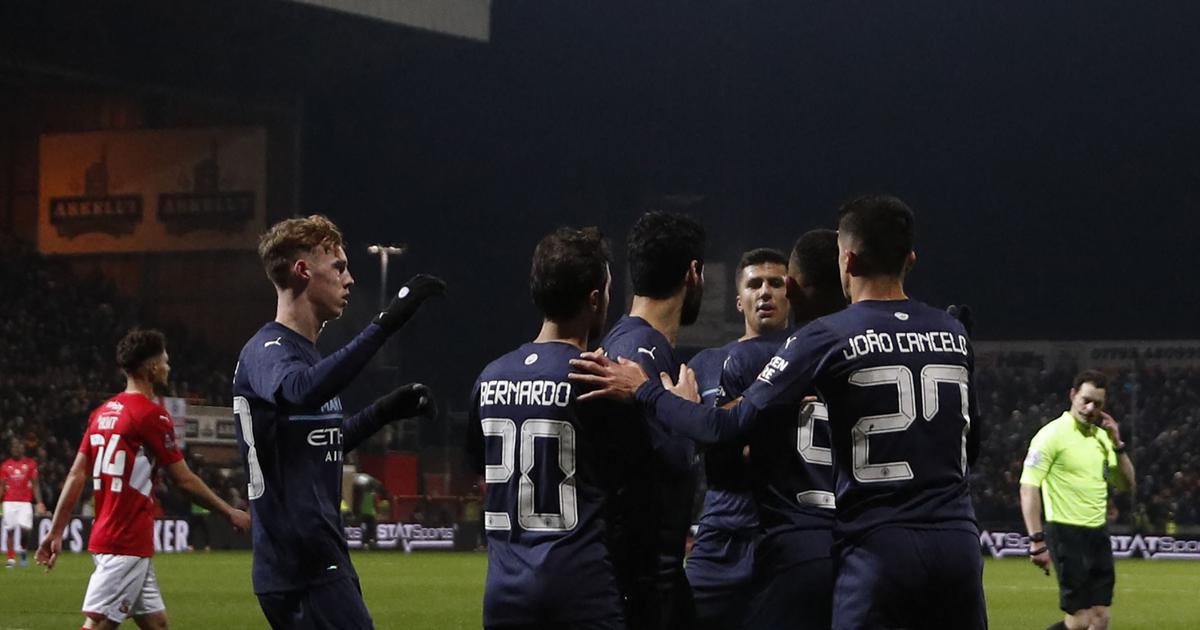 Manchester City shrugged off the absence of manager Pep Guardiola and seven first-team players due to coronavirus to ease past League Two Swindon 4-1 in the FA Cup third round on Friday.

Rodolfo Borrell took charge of the English champions with Guardiola and assistant Juanma Lilo among 14 backroom staff affected by a major outbreak.

“We were in touch at half time. There was not a massive change because everything was as planned as before,” said Borrell on his contact with Guardiola.

“He has great confidence in all of us. Not just me but all the backroom staff.”

City were still able to name a strong starting line-up featuring just four changes from their 2-1 win at Arsenal last weekend with England international Kyle Walker and captain for the night Ilkay Gundogan among those coming into the side.

Seventy-one places separate the sides in the English football pyramid and the visitors’ class quickly showed.

Cole Palmer was one of the few youngsters handed a chance by City’s absences and laid the opening goal on a plate for Bernardo Silva with a sublime turn and cross on 14 minutes.

Swindon were architects of their own downfall for the second as Gabriel Jesus caught the home side trying to play out from the back and exchanged passes with Kevin De Bruyne before slotting home.

“We will keep working on that, keep improving,” said Swindon boss Ben Garner. “A fantastic occasion but our priority is League Two and getting promotion.

“The players in there it is a great experience for them. Hopefully there are a few who will go on and play in the Premier League.”

Gundogan’s inch-perfect free-kick found the bottom corner just before the hour mark to make it 3-0.

But there were a couple of moments for Swindon to savour from their big night.

Harry McKirdy then struck a consolation by blasting past Zack Steffen at his near post 12 minutes from time.

But Palmer restored City’s three-goal advantage and rounded off a fine individual display when he smashed into the top corner with the aid of a deflection four minutes later.

“He has great quality, everyone has been able to see it,” added Borrell, on City’s academy graudate who is aiming to follow to path taken by Phil Foden.

“He is still developing quite a lot but there is a lot of talent there. Hopefully very soon he can play more games with us like Phil a couple of years ago.”