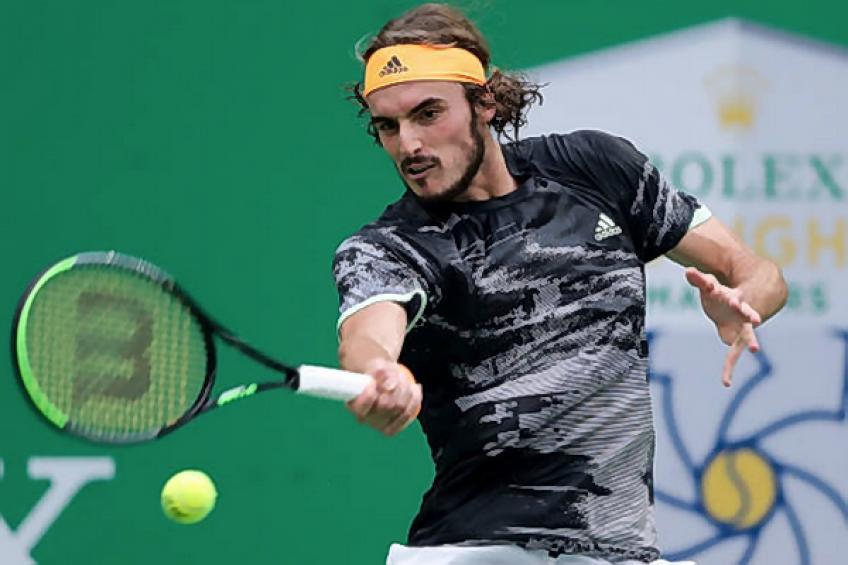 Shanghai: Stefanos Tsitsipas said that he scares the “Big Three” after the young Greek stunned world number one Novak Djokovic to reach the Shanghai Masters semi-finals.

The 21-year-old has now defeated Djokovic, Roger Federer and Rafael Nadal this year to burnish his fast-growing reputation.

On Saturday though he faces the red-hot 23-year-old Daniil Medvedev — who he has never beaten.

Calling it the best comeback of his nascent career, the seventh-ranked Tsitsipas said he dreamt of beating the “Big Three”.

But rather than being intimidated by them, Tsitsipas said: “I honestly feel like they are more threatened than I am and that makes me more relaxed on court.

“I know I just have to hang in there and be able to be more aggressive.

“Once you get aggressive and they see you going for it, I might even say they get scared.” It was a double celebration for Tsitsipas, who also confirmed his place in the prestigious season-ending ATP Finals.

Tsitsipas sealed the deal with a gleeful smash and held both arms aloft. Djokovic met his opponent with a warm embrace at the net.