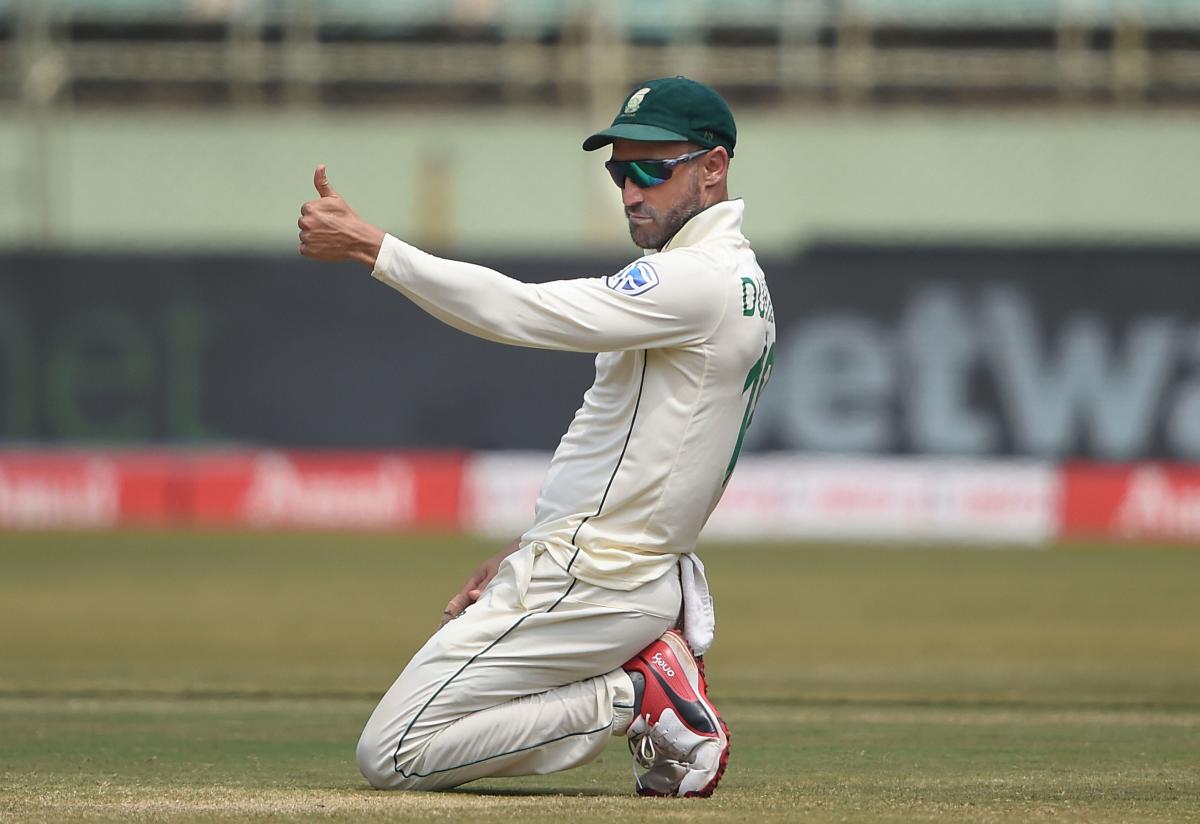 Karachi: When the South African contingent arrived in Karachi on Saturday, it included Faf du Plessis who travelled to the country for the third time in less than four years. The middle-order batsman captained an ICC World XI team for three T20Is in Lahore in 2017 and then returned to Karachi last year for Peshawar Zalmi in the Pakistan Super League 2020 playoffs.

The 36-year-old is in line to play his 68th Test but first in Pakistan when the two-Test series starts on January 26 at the National Stadium. The former South Africa Test captain admitted he did not expect to be in the traditional whites on the Pakistani soil two months after his most recent visit.

“That is one thing I did not see happening in my time. I knew white-ball cricket was happening here, but I did not know that red-ball cricket was going to happen this soon. I am looking forward to it and I hope that it is the same as it was 13 years ago — the wickets are flat so we the batters can score some runs,” du Plessis told PCB digital.

He said that it was important that Pakistan players continued to play their cricket on their home soil to inspire youngsters to take up the game.

“It’s important for Pakistan to play in home conditions. They have been playing in the UAE for the last 11 years. So, their fans have never seen them play and that’s almost like a generation and that’s missed seeing them play. Pakistan fans are very proud of their team, like any other nation, but it is when you tour the subcontinent, you realise people here are very passionate about cricket. They go to every match and support their team however they can. Singing, chanting, there’s energy the whole day. For Pakistan to have that back, there is going to be a lot of joy for the people,” he said.

Reflecting on the 2017 tour with the ICC World XI, du Plessis said: “I think [the ICC World XI’s tour of Pakistan] was really important in the context of bringing cricket back into Pakistan. There was zero cricket happening in Pakistan at that stage.

“That was the first step to bring any sort of cricket back and I think what they did really well at that stage was to bring players from all around the world to come and play and to see that the security levels were going to be very, very good and it gave players peace of mind. I was captaining that team so for me to go back into South Africa, and then speak of my experiences that I felt safe in Pakistan was a huge tip in where we are today,” the player added.

The second Test between the two teams will be played at the Pindi Cricket Stadium, Rawalpindi, from February 4, before they travel to Lahore for three T20Is on February 11, 13 and 14 at the Gaddafi Stadium.

Inside Team Room: Wear that 36 all out like a badge, R Sridhar recalls ‘Raviship’