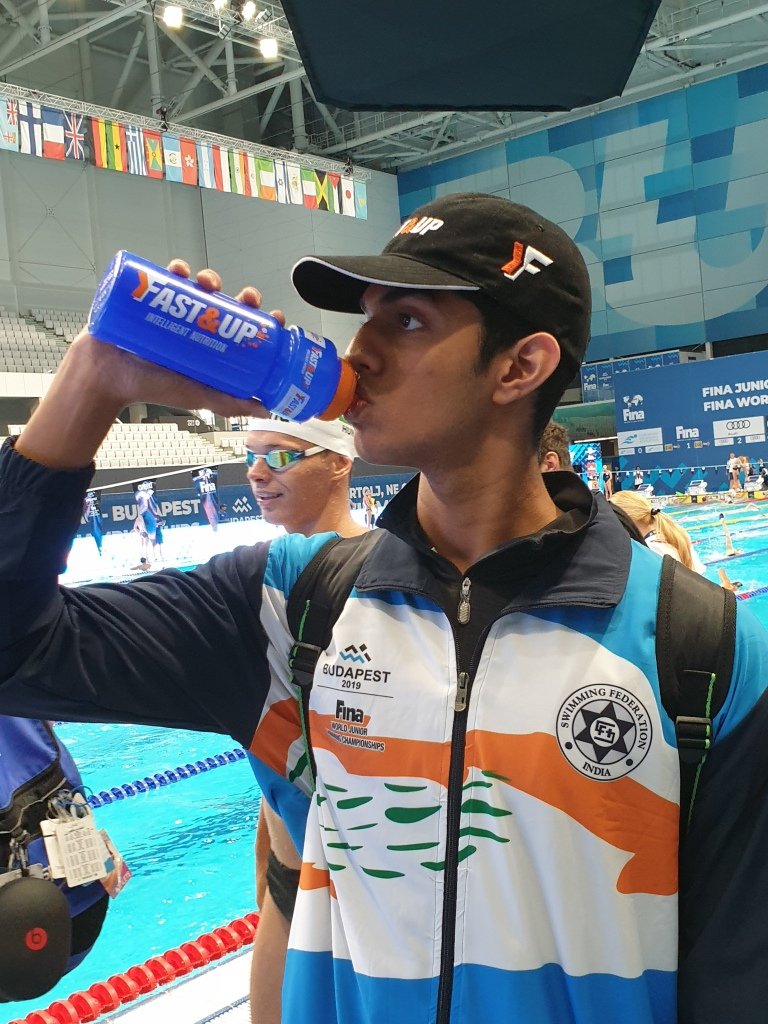 In the last 12 months, Srihari has shown remarkable improvement in the 100 and 200 metres backstroke event where he has slashed timing from 56.71 seconds (100m) and 2:02.97 (200m) seconds clocked last year to an impressive 54.69 and 2:02.08 seconds respectively which he clocked during the FINA Junior World Championships held between 20 and 25 August in Budapest. His effort in the 100m backstroke event has enabled him to achieve the B Qualification mark for Tokyo Olympics and is only a mere .80 seconds behind the A qualification time.

Srihari emphasized that with good nutrition support and some fine-tuning in his flip turns, he can make the A Qualification mark. “I need to focus a little bit more on my diet, nutrition, and recovery where I believe Fast&Up will play a big role. I am delighted to have their support in my Olympic quest,” he said.

Fast&Up CEO, Vijayaraghavan Venugopal said he was happy to support the swimmer in his quest to achieve the Olympic qualification. “We have been in touch with Srihari for a while now and he exudes confidence and is very focused on his target. At the rate at which he is performing, we at Fast&Up believe he is on track to achieve the qualification for Tokyo 2020.”