FC Goa showcaused for misconduct in ISL game vs NorthEast 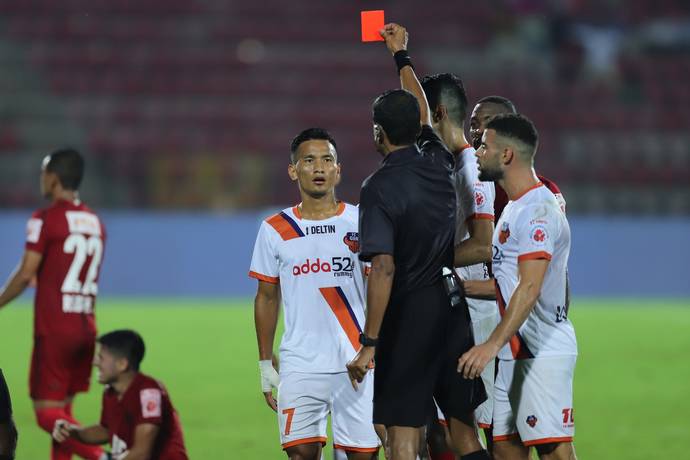 The committee has asked the two players and the team masseur as to why action should not be taken against them in accordance with the regulatory provisions of AIFF’s disciplinary code.

FC Goa team has also been served with a similar show cause notice for failing to control its substitute players and officials from entering the field of play without permission and participating in the incident.

The club and its players, support staff have been given time till November 9 to respond to the show cause notice.

Meanwhile, Seiminlen Doungel and masseur Rajesh Pandidhar will serve an automatic one-match ban for receiving direct red card for the incident, missing out on selection for FC Goa’s game against Mumbai City FC on November 7 at Mumbai Football Arena.