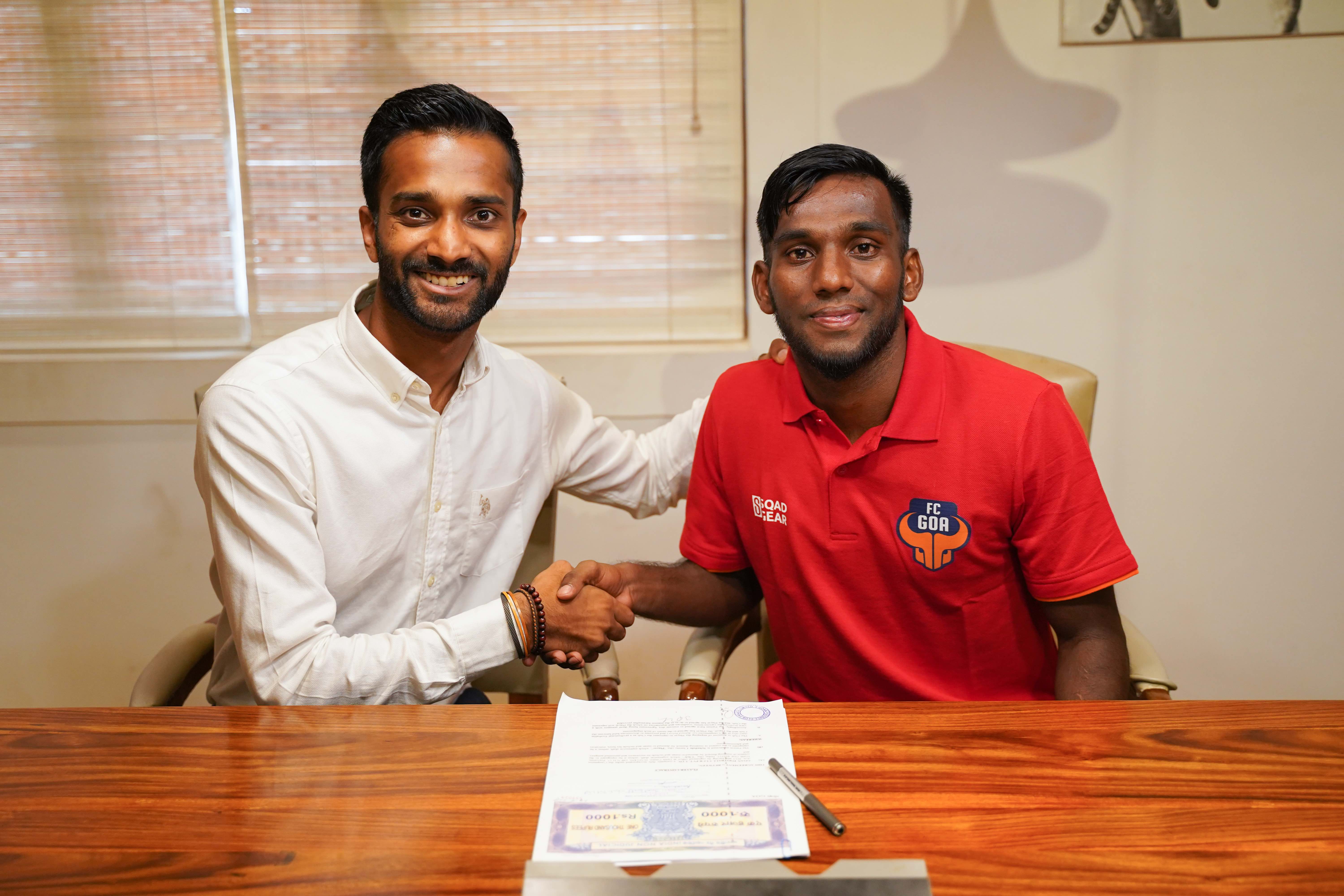 Panaji:  Winger Alexander Romario Jesuraj has joined FC Goa on a 3-year-deal, which will keep him at the club until the summer of 2022.

The 22-year-old made 34 appearances for I-League side Chennai City FC across the previous two seasons, ending 2018-’19 with a winners’ medal. The flying winger is widely considered as an exciting player, scoring four goals for CCFC, earning the sobriquet of “Namma Neymar Romario” (Our Neymar Romario).

Named after Brazilian legend and FIFA World Cup winner Romario, the winger from Dindigul broke into the Tamil Nadu Under-16 team at 13, also earning himself a place in the India Under-13 camp. He started his senior level career at Arrows FC in the Chennai Football Association Senior Division before switching to I-League side Chennai City FC.

Romario was happy to join FC Goa and reserved words of praise for their style of football. “I am very excited to join the best club in India. I watched them play last season and understood that this is the type of football that I wanted to play.”

Ravi Puskur, Head of Technical Operations at FC Goa, said, “We are very pleased with the capture of Romario, adding to the roster of highly talented Indian youngsters at the club. He is an exciting winger who is very dynamic on the pitch. He is also a proven winner, having won a league title at a relatively young age.”

The Tamil Nadu winger will be sent out on loan to Mohun Bagan for the upcoming season.

Why AIFF has lost the right to run Indian football