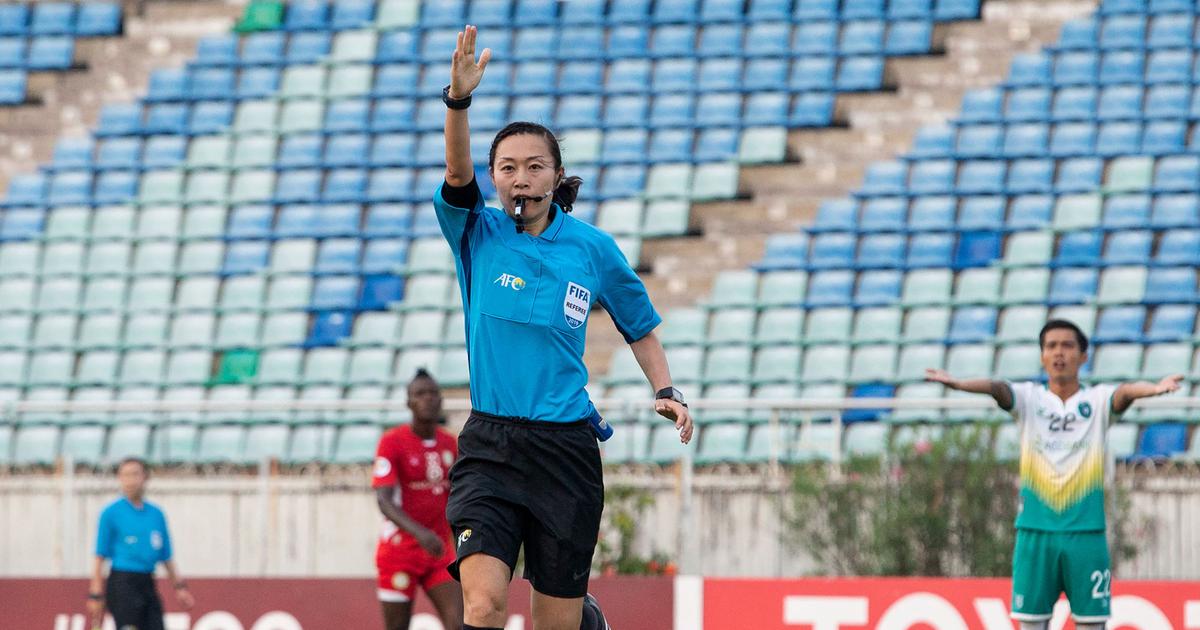 Japanese referee Yoshimi Yamashita agrees with Pelé or whoever it was decades ago that first described football as the “beautiful game.”

Yamashita is one of three women picked by FIFA to be referees at the men’s World Cup in Qatar, which opens on Nov. 21. It’s the first time a woman will be in charge on football’s largest stage.

She sees her job this way: Let the game shine, as it should.

“One of the big goals as a referee is to bring out the attractiveness of football,” she said Monday in Tokyo in an interview with the Associated Press. “I do my best for that, and I will do what I should at that time toward that end. So if I need to communicate with the players, I will do that. If I need to show a card, I will show a card. Rather than control, I’m thinking about what to do toward the big goal of bringing out the appeal of football.”

Stephanie Frappart of France and Salima Mukansanga of Rwanda are the other women who were selected. There are 36 referees in total. FIFA has also named three female assistant referees in a pool of 69: Neuza Back of Brazil, Karen Diaz Medina of Mexico, and Kathryn Nesbitt of the United States.

Though it’s likely all three will be in charge of games, it’s not a given. They would also be used as so-called “fourth referees” on the sidelines. However, they cannot be used as assistants.

“Each match official will be carefully monitored in the next months with a final assessment on technical, physical and medical aspects to be made shortly before the World Cup,” Massimo Busacca, FIFA’s director of refereeing, said in a statement.

Yamashita’s selection puts the focus on Japan’s low ranking on most measures of equal pay for women, and in global studies of gender equality.

Only 14.3% of the seats in Japan’s national legislature are held by women — 152nd of 190 countries in a study published several months ago by the U.S. Congressional Research Service. Another study on the gender pay gap placed Japan 120th of 156 countries.

“I would be very happy if women could play an active role in sports in this way, and if sports and especially football could lead this,” Yamashita said. “In Japan, there is still a long way to go in the world of football (regarding participation of women), so it would be great if this could connect to the promotion of female participation in different ways, not only in football or in sports.”

Women’s football has led the way in Japan. Japanese women won the 2011 women’s World Cup, were runners-up in 2015, and have been consistently among the game’s elite teams.

Yamashita went through a workout on Monday just outside Tokyo, sweltering in temperatures that reached 35 C (95 F). She laughed when she was reminded that games in Qatar — located on a tip of the Arabian Peninsula — will be much cooler, being played in the Northern Hemisphere winter and in air-conditioned stadiums.

Yamashita seemed relaxed during the interview, removed from the obvious pressure. She has been a referee in Japan’s men’s J League and has also been in charge of the Asian equivalent of the men’s Champions League. She also handled matches during last year’s Tokyo Olympics.

“Of course, I think the pressure is huge,” she said, “and I think I have a lot of responsibility. But I am really happy to take this duty and pressure, so I try to take it positively and I try to be happy.”

She described the excitement of leaving the waiting room just before a match.

“I guess it cheers me up in that moment. I feel like that’s when I switch gears the most,” she said.

She said the difference in the men’s and women’s game was, of course, speed. But not simply that some men might run faster.

“It’s the speed, but not just the players’ speed,” she said. “Not the ball speed. It’s just the game speed. It means for me I have to make quicker decisions — more speed.”

Yamashita conducted most of the interview in Japanese, but said she would use English and “facial gestures, body gestures” when communicating with players in Qatar.

“Usually when I give a card, I say nothing,” she said, shifting to English. “But when I give a warning, I just tell them I’m not happy. They understand.”