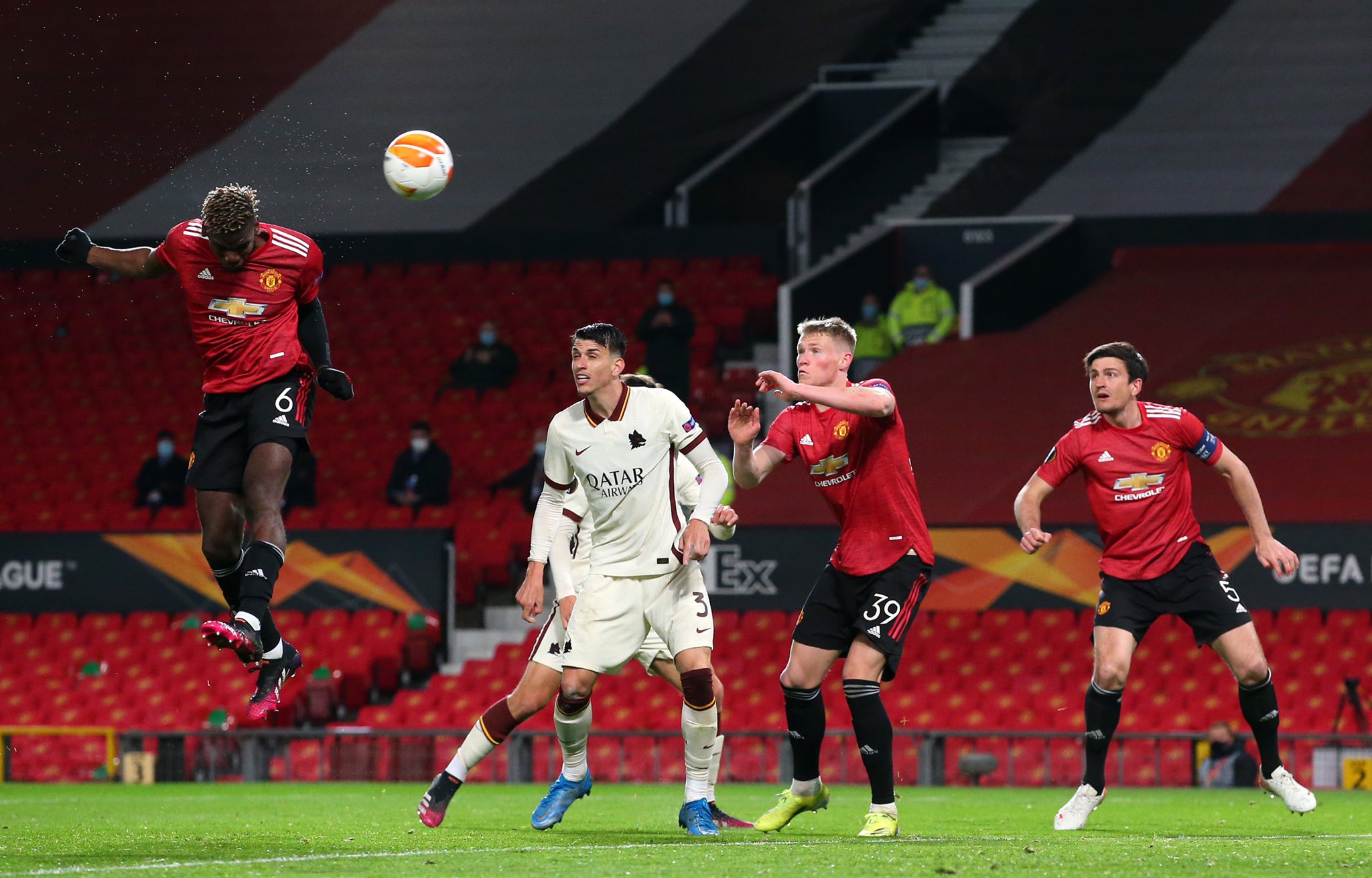 Manchester: Bruno Fernandes and Edinson Cavani scored a brace each as Manchester United came from behind with five second-half goals to thrash Roma 6-2 in the first leg their Europa League semi-final tie.

Fernandes opened the scoring for United in the ninth minute but Lorenzo Pellegrino levelled with a penalty and Edin Dzeko put Roma ahead in the 34th, DPA reported.

Cavani struck in the 48th and 64th minutes to turn matters around, and Fernandes’ penalty in the 71st, Paul Pogba in the 75th and substitute Mason Greenwood in the 86th ensured a big win for United.

The result leaves the 2017 champions United well-placed for next Thursday’s second leg in Roma and a place in the May 26 final in Gdansk, Poland.

“The result is positive but it’s not finished. We are going to have to stay focused and play the second leg with the same mentality,” Pogba told BT Sport.

The other English side, 2019 runners-up Arsenal, lost 2-1 at Spain’s Villarreal in a game both sides ended with 10 men.

Roma lost midfielder Jordan Veretout, first choice goalkeeper Pau Lopez and Leonardo Spinazzola in the first half but still managed to battle back from a ninth-minute deficit when Fernandes chipped over Lopez after being set up superbly by the 34-year-old Cavani.

Pellegrino netted from the spot into the left corner after a sliding Pogba had handled an attempted cross from Rick Karsdorp.

Roma were 2-1 up in the 33rd when Dzeko tapped home Pellegrino’s cross to complete a move which involved a superb defence-splitting pass from former United player Henrikh Mkhitaryan to Pellegrino.

It was Dzeko’s fifth goal at Old Trafford after two braces in the past while at Manchester City.

Cavani wasted a big chance to level on the stroke of half-time after being gifted the ball by Roma’s defence.

The Uruguayan did better three minutes after the restart when he fired the 2-2 equalizer into the top right corner off Fernandez and then also tapped home in the 64th to put United ahead again.

Fernandes completed his brace from the penalty spot after former United player Chris Smalling brought down Cavani, four minutes later Pogba headed the fifth off Fernandes’ cross, and substitute Greenwood fired into the far left corner as United scored a second big win against Roma after beating them 7-1 in the Champions League in 2007.

“At half-time, we said, ‘let’s do the right things, let’s do the simple things’. We were all motivated and determined to go and score as many goals as possible,” Pogba said.