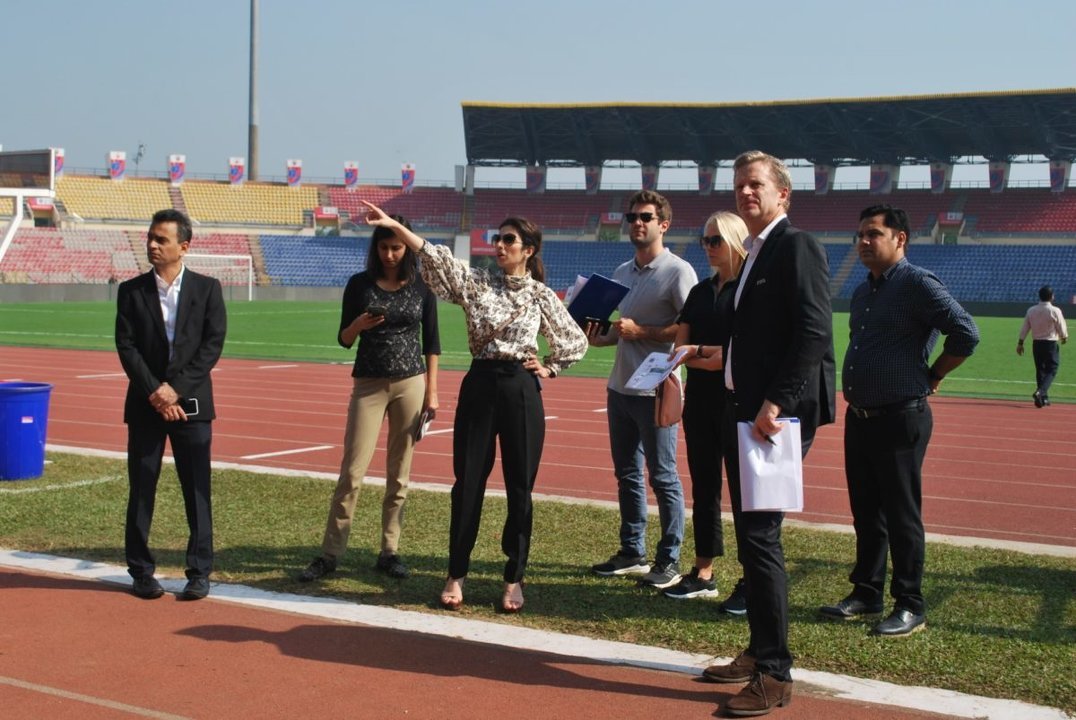 Bhubaneswar: Provisionally approved as a venue for next year’s U-17 Women’s World Cup, a FIFA team on Friday made another inspection of the Kalinga Stadium here to evaluate the progress and preparations for the global age-group showpiece event.

The FIFA delegation was accompanied by members of the Local Organising Committee (LOC) of the 2020 U-17 Women’s World Cup.

FIFA’s Project Lead of the tournament, Oliver Vogt said, “We’re very happy to be here because we know Bhubaneswar is a city which is very passionate about sports. You have hosted the Hockey World Cup and now it’s time to shift to football. If Bhubaneswar is selected as a host city, we’re very confident that the U-17 Women’s World Cup will be a huge success.”

Tournament Director of the LOC, Roma Khanna said, “Even though more work needs to be done with overall infrastructure, we are confident in Bhubaneswar’s ability to deliver this. What is even more heartening is the plans towards women’s football development that are taking shape.

“We are extremely pleased and very appreciative of the state government for putting weight behind this initiative. This is a key component for this tournament, and we want to encourage more support to be given for the overall development of women’s football.”

Bhubaneswar is the third venue to be inspected by the FIFA-LOC delegation after Kolkata and Guwahati. The team will travel to Ahmedabad on Saturday to assess the facilities there.