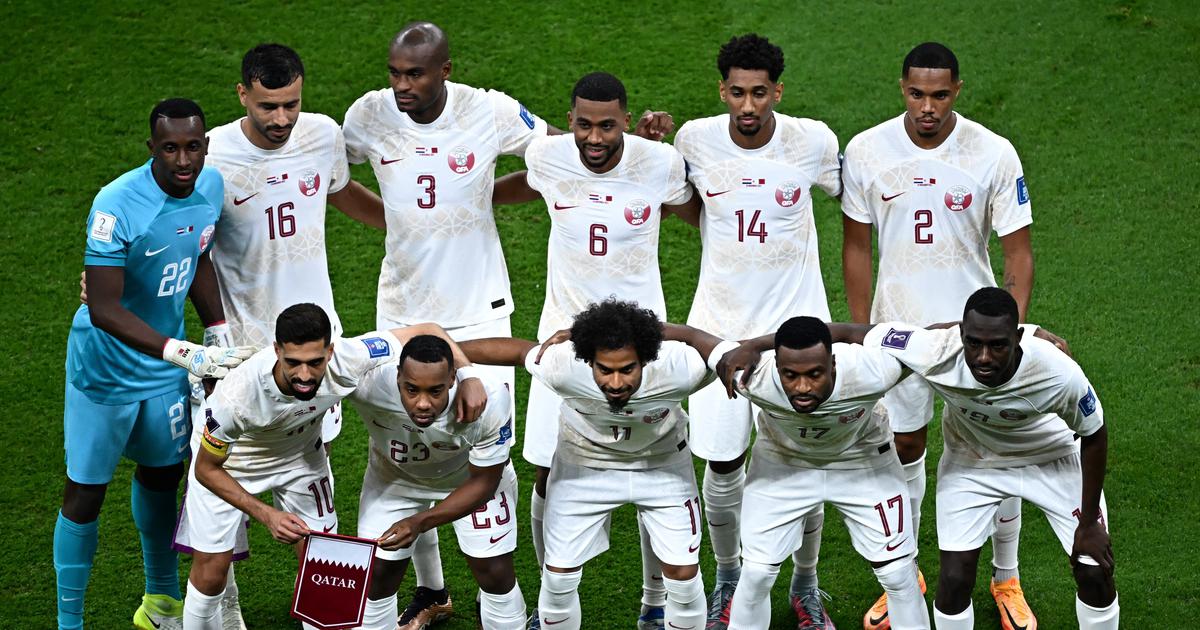 Qatar completed a miserable FIFA World Cup campaign with a 2-0 defeat against the Netherlands on Tuesday and bow out of their own tournament with the worst ever performance by a host nation.

The Gulf state has spent a reported $200 billion on this World Cup, while its team are the reigning continental champions after winning the Asian Cup in 2019.

But the decision to isolate the squad for months in a training camp in the run-up to the tournament, rather than have them play competitive games, backfired badly on coach Felix Sanchez and his side.

Qatar were the first team to be eliminated from the competition when they lost 3-1 to Senegal in their second match, following a 2-0 defeat to Ecuador in the tournament’s opening game.

Tuesday’s result means they go out without a point and just one goal scored.

They are only the second World Cup host nation to fail to make it out of the group stage, following South Africa in 2010.

Yet South Africa took four points from three group games, drawing with Mexico and beating France but only failing to qualify for the last 16 on goal difference.

Every other host nation over the 22 World Cups going back to the first tournament in 1930 has reached the next phase, although in 2002 co-hosts Japan lost in the last 16, as did the United States in 1994.

The host nation has won the World Cup six times, most recently France in 1998, and been the runner-up twice.

Cody Gakpo scored again as the Netherlands booked their place in the World Cup last 16 as group winners with a straightforward 2-0 victory over hosts Qatar on Tuesday.

The Netherlands, needing just a point to be sure of progressing, put one foot in the next round inside the first half-hour as Gakpo scored in a third straight group game.

Frenkie de Jong added another in the 49th minute as the Dutch cruised through in a flat atmosphere at the Al Bayt Stadium.

Qatar, already eliminated before kick-off, suffered the ignominy of becoming the first home team in World Cup history to finish the group stage without a point.

Louis van Gaal’s Dutch side ended with seven points at the top of Group A, while Senegal joined them in the knockout phase as runners-up after beating Ecuador 2-1.

“I think that we’ve played against a great team, probably one of the big favourites to go very far in this competition,” said Qatar coach Felix Sanchez.

“It was a very tough game for us but I believe the team managed to compete at a very high level for many minutes.”

Van Gaal was able to give Memphis Depay his first start of the tournament as the Barcelona star continued his return to full fitness after a hamstring injury.

It did not take the Dutch long to slice through the Qatar defence, although Daley Blind could only scuff a fourth-minute attempt straight at goalkeeper Meshaal Barsham.

The opening goal arrived in the 26th minute as Davy Klaassen played in Gakpo after a neat move also involving Depay.

The PSV Eindhoven winger drove forward and drilled a low strike into the bottom corner from the edge of the box to score his third goal of the tournament.

The Oranje will next take on the second-placed team from Group B for a quarter-final spot at the Khalifa International Stadium on Saturday.

England currently top that section and face Wales later on Tuesday, while the United States play Iran. All four teams are still in the hunt for qualification.

“We did what we needed to do,” said Netherlands coach Van Gaal.

“We’re group winners and we’ll most likely be playing a number two team, probably USA or Iran, and they’re playing tonight and we can watch them tonight.”

The Dutch have made a solid start as they look to put the disappointment of failing to qualify for the 2018 World Cup in Russia firmly behind them.

Qatar signed off from their long-awaited home World Cup with a whimper, securing their place in the record books as the worst ever hosts on the pitch.

The three-time World Cup runners-up took advantage of shoddy Qatar defending to double their advantage four minutes after the break.

Depay was denied from close range by Barsham but De Jong reacted quicker than a ponderous Pedro Miguel to poke the ball home from barely a yard out.

Substitute Steven Berghuis thought he had added a third midway through the second half, only for his goal to be ruled out after a VAR check for a handball by Gakpo in the build-up.

There was brief excitement for the remaining home supporters late on when Mohammed Muntari prodded the ball into the net, but the whistle had long since gone for a foul on Virgil van Dijk.