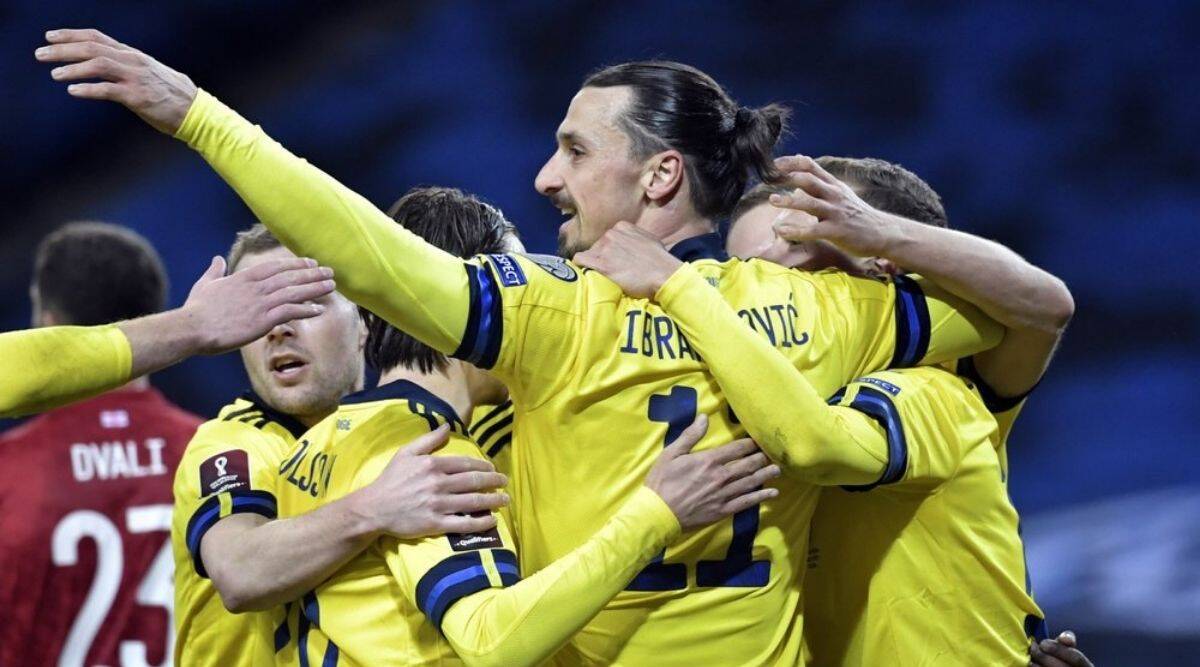 Youngsters Bryan Gil and Pedri González came off the bench to make their national team debut on Thursday but couldn’t keep Spain from being held to a 1-1 home draw against Greece.

In the other Group B match, Sweden defeated Georgia 1-0 as Zlatan Ibrahimovic set up the winning goal on his return to international soccer after almost five years.

The 39-year-old AC Milan striker came out of international retirement ahead of this summer’s European Championship, having last played for Sweden at Euro 2016.

He set up the goal after receiving a pass on his chest and scooping the ball into the middle of the area for Viktor Claesson’s close-range shot in the 35th minute.

In Granada, Álvaro Morata put Spain ahead in the first half but the visitors equalized with a penalty converted by Anastasios Bakasetas early in the second period in one of the team’s few scoring chances.

Spain coach Luis Enrique brought Pedri and Gil on to improve the team’s attack but they couldn’t do much to change the game’s outcome.

“Bryan played well, he created some chances,” Luis Enrique said. “Pedri was unlucky because they put a man just to defend against him, but he will have more opportunities.”

Spain entered the match heavily favored after routing Germany 6-0 in the Nations League in its previous match. It hadn’t conceded at home in seven matches, since a 2-1 win over Norway more than two years ago in European qualifying.

“We obviously didn’t expect this result,” Luis Enrique said. “We lacked finesse in front of the goal. It’s my job to make sure that we improve in that area.”

Greece’s players celebrated loudly after holding on to the draw at the Nuevo Los Cármenes Stadium.

Morata found the net in the 33rd after controlling the ball with his chest and hitting the top of the net without letting the ball fall after a nice lob pass by Koke Resurrección.

Spain looked in control but defender Iñigo Martínez’s foul inside the area led to Bakasetas’ equalizer from the penalty spot in the 57th.

Spain loudly complained about the penalty call, which could not be reviewed as there is no VAR at this stage of qualifying.

Luis Enrique took captain Sergio Ramos off at halftime. The Real Madrid defender is coming off a knee injury that kept him sidelined for a long time.

Spain visits Georgia on Sunday and hosts Kosovo on Wednesday. Greece’s next qualifier is against Georgia at home on Wednesday. It has a friendly against Honduras on Sunday.

Manvir on target as India force a draw against Oman