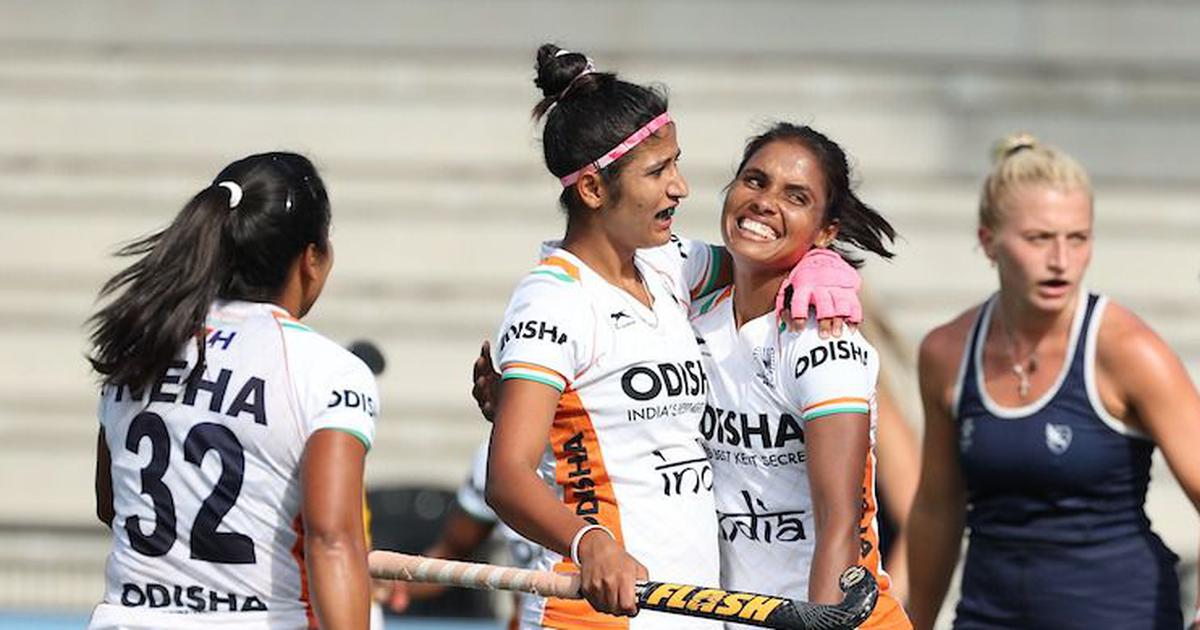 Having been kept at bay for long periods, India found a way to break the resolute USA side late in the game, scoring three goals in the final six minutes.

India came into the match needing just a bonus-point win to ensure a third place finish. Having beaten USA 4-2 in the opening match of their double-header yesterday, India started with confidence. They created a number of chances, including earning three penalty corner, in the first half. However, with each missed opportunity, the pressure kept building.

India finally found the breakthrough in the 39th minute when Katariya got a faint touch to deflect in Gurjit Kaur’s drag-flick from the team’s fifth penalty corner.

India kept wasting chances, giving USA hope of a fight-back. However, the complexion of the match changed quickly, with India scoring two goals in the 54th minute. Vandana scored from an open chance after a build-up from the right flank. Seconds later, Sonika found the USA net after a goalmouth melee. Young Sangita scored a fabulous field goal in the 57th minute.

India finished with 30 points. Fourth-placed Belgium have 22 points, with two games in hand. Argentina have already claimed the title.