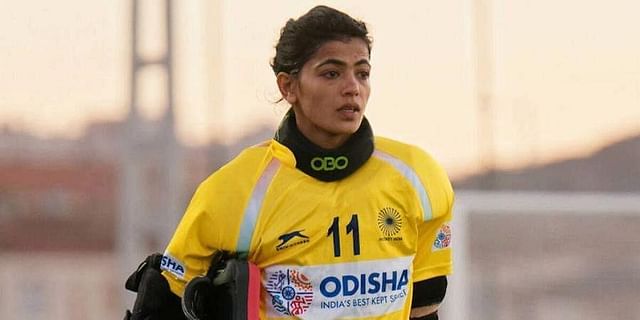 The Indian women’s hockey team views the ongoing FIH Pro League as a perfect launch-pad to prepare the side for two key tournaments this year, the World Cup and the Hangzhou Asian Games, which would also be a qualifying event for the 2024 Paris Olympics.

The Indian women made a fantastic debut in the FIH Pro League, beating China 7-1 and 2-1 in their opening two-leg tie in Muscat, Oman earlier this year.

And India captain Savita said that playing against top teams in the FIH Pro League will be a fair assessment of their game ahead of an important 2022, which also has the Birmingham Commonwealth Games.

“Our main focus is on our own performance. We were waiting for long to play in the Pro League because here we will be up against the top teams of the world.

“It will give us a fair idea about our strengths and weaknesses ahead of an important season,” Savita said in a virtual press conference ahead of the second FIH Pro League fixture against Spain here this weekend.

“The Pro League is an important tournament for the World Cup and Asian Games.

We have already qualified for the World Cup but every match in the Pro League will give us an idea of the grey areas we need to work upon.

The Asian Games is also there which is an Olympic qualifier.”

The Indian women, who finished a historic fourth in the Tokyo Olympics, carried on their good show in the FIH Pro League but in world no.7 and current World Cup bronze-medallists Spain, a tough competitor awaits them in their first home outing in the double-leg tie at the Kalinga Stadium here on Saturday and Sunday.

“Spain is a very good side. They won the bronze medal in the last World Cup.

So, it is important for us to keep the momentum going. We need to give our best in every match,” Savita said.

India are currently placed third in the FIH Pro League standings with six points from two games and the skipper said they will continue to play to their strengths.

“Attacking hockey and penalty corners are our strength and we will focus on that (against Spain),” said the ace goalkeeper.

“We were waiting to play Pro League matches for some years.

We started well against China and now we will like to keep the momentum going.”

Spain, on the other hand, are placed fifth in the league table with one point from two games.