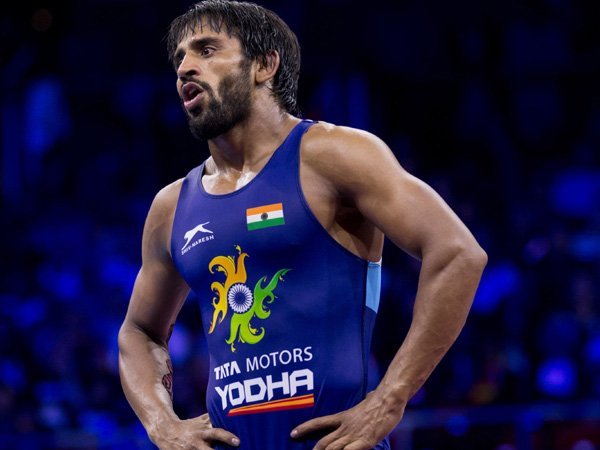 New Delhi: Sounding out a warning to his rivals, a fit-again Bajrang Punia has said the wrestling world will see a new avatar of him at the Tokyo Olympics, where he will be one of India’s strongest medal contenders.

His weak leg defence is no secret and, of late, his rivals have successfully managed to use it to their advantage. For the same reason, most of his rivals, their coaches and even the fans believe that Bajrang starts 4-5 points behind even before stepping on to the mat.

Some experts still believe the handicap could cost India’s biggest medal contender dearly in next year’s Games, the last two World Championships being a testimony.

However, despite this apparent weakness, Bajrang climbed to the number one ranking in the world in the competitive 65kg category in 2018, thanks to his superior stamina and ability to strike in the second period.

“My coach says I should be able to surprise my opponents when I compete again. Obviously, I can’t reveal what I am doing but you will see a new Bajrang on the mat when I will compete during the Olympics,” Bajrang told PTI in an interaction.

“People will say that Bajrang’s wrestling style is now very different. Whether it is technique, stamina, style, everything is being worked upon.”

Bajrang spoke after receiving his ‘Khel Ratna’, the award ceremony of which he missed due to preparations for the World Championship.

The 25-year-old said the tear in his right elbow has completely healed, allowing him to resume full-fledged training.

“It’s been just 10 days now that I have re-started mat training after recovering from my elbow injury which I had suffered before the Worlds (in Nur Sultan). Now I am completely fit and doing everything I should be doing. Thankfully I have qualified for the Olympics in the very first qualifying event.

“I was away from mat training for some time. The pain was not subsiding and the doctors had warned that it could develop into something serious if I don’t let it heal. I had the time (for rest) now because I could not have taken the risk so close to the Olympics. So, the focus was on physical training and not on mat training.”

Bajrang, now ranked two in the world behind Russia’s Ghadzimurad Rashidov and ahead of Bahrain’s Hazi Mohammed Ali, will begin the new season at an UWW ranking series event in Rome.

“My first tournament in the new season will be in in January. After Italy, there is Asian Championship and one more ranking series event, but we are yet to fix a definitive schedule.”

If the heart-breaking defeat at the World Championship against the home wrestler Daulet Niyazbekov was not enough, Bajrang was embroiled in a controversy when reports of him sacking his long-time coach Shako Bentinidis emerged.

“I have forgotten that. Everything is in past. It was media which played it up. I don’t know who spread that. It was disturbing but the Federation assured me that my needs will be taken care of and Shako is with me only,” he signed off.