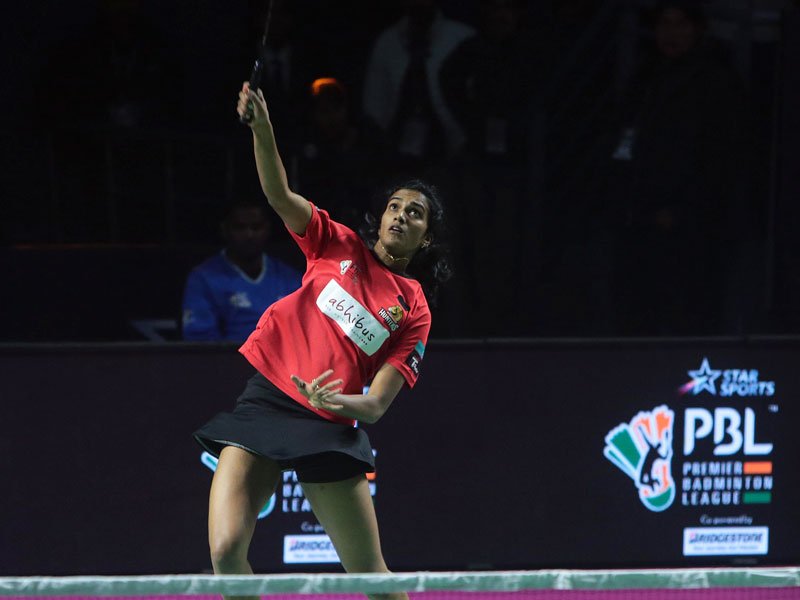 Hyderabad: World champion PV Sindhu spoke about fitness and said proper planning and picking the right tournaments will be crucial to succeeding at the Tokyo Olympics.

“It is very important to stay fit as this is the Olympic year. It is not that you should go to tournaments without being 100 percent. It is important to stay healthy and be fit and then go for tournaments,” Sindhu told reporters ahead of Hyderabad Hunters’ Premier Badminton League match against North Eastern Warriors.

“And since it is an Olympic year, it important to choose tournament wisely as it will help me to stay in proper shape for the Olympics.”

The Asia Team Championships is scheduled to begin on February 11, just two days after the completion of PBL.

Sindhu said she is still undecided about her participation.

“I haven’t decided yet and right now I am currently focussing on PBL,” she said.

The 24-year-old from Hyderabad has been training under Park Tae-sang after South Korean coach Kim Ji Hyun left suddenly after guiding the Indian to her maiden world championship gold.

When asked about her experience with Park, Sindhu said: “I think every coach has a different mindset and strategy and It think it very useful for the players because they have different things in their mind which really helps everyone of us.”

Asked if she plans to take a break ahead of the Olympics, Sindhu responded in the negative.

“Not really because it is an Olympic year and we have lot of Olympic qualification events going on now. So it is very important that we play every tournament and give our best in all of them.”

Sindhu had started the fifth season with a straight game win over Gayatri Gopichand, daughter of her mentor and chief national coach Pullela Gopichand.

“It was really great to play against Gayatri. Playing in tournaments like this and playing against players like Me and Tai Tzu will help her gain lot of experience and confidence. I wish her all the best and hope she does great,” Sindhu said.

“We don’t train together as she has a different schedules and I have a different one,” she signed off.

Former champions Hyderabad Hunters didn’t look too impressive this season and they will hope to turn the tide at home.

“We have not had the best of starts. But that is in the past now. We are working on the things that need to be fine tuned and we will be ready for this crucial phase of the league,” she said.