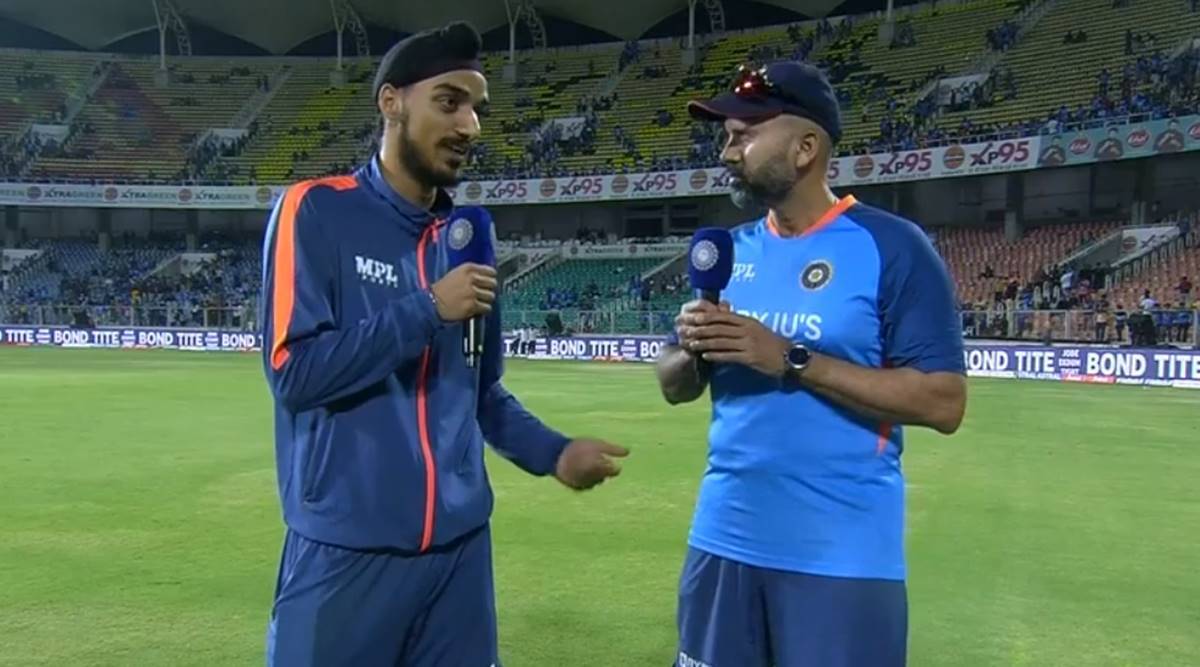 Young India left-arm pacer Arshdeep Singh said “adaptability” is the main focus of the team ahead of the T20 World Cup, starting later this month in Australia.

The T20 World Cup will be held in Australia from October 16 to November 13, and Arshdeep said the Indian bowlers are geared up for the tough challenge that awaits them.

“Adaptability is the big motive of our team. The main motive is adapting to the situations and demands of the team, whatever the situations and conditions are,” said the 23-year-old pacer, who made a sensational comeback after a disappointing outing in the Asia Cup recently.

“When we go there (Australia) we will see how the conditions are. I’m looking forward to doing well.” Arshdeep (3/32) and Deepak Chahar (2/24) broke South Africa’s backbone to help India register an easy eight-wicket win over the Proteas in the low-scoring first T20I of the three-match series here on Wednesday night.

“We are trying to tick all the boxes in the practice sessions and trying to execute all our plans on the field. Today (Wednesday) was really a good example of showing a good power play bowling and we are looking forward to do amazing things in the coming days,” Arshdeep said.

The left-arm pacer, a key arsenal in India’s death bowling scheme of things for the ICC showpiece next month, missed the preceding three T20Is against Australia after he was sent to the NCA for conditioning.

“The purpose of the last 10 days was to get refreshed and come back stronger and fitter that will help me in my bowling. I feel really refreshed and looking forward to doing good things on the field,” Arshdeep said after his exploits with the ball.

Bowling with the new ball in the absence of Jasprit Bumrah and Bhuvneshwar Kumar, Arshdeep came back with a bang, grabbing three wickets in five balls to reduce South Africa to 8 for 4 inside the second over.

The visitors never recovered from Arshdeep’s early blows to lose the opening match of the series, which is the last leg of preparation for both teams before heading to Australia.

In the preceding T20 series against Australia, India had defeated the reigning world champions 2-1 after losing the first match.

Arshdeep, who made his debut in the tour of England in July this year, said he always strives to give his best on the field without bothering about selection.

“They told me you’re ‘in the plan’ back end of the IPL, that I’m in the scene… I guess the main motive was to keep doing well whatever opportunities I get, that’s my job and I don’t think much about the selection part,” he said.

Arshdeep had a forgettable Asia Cup campaign in the UAE, where he struggled to get wickets in the power-play and also made headlines for dropping a sitter in their loss to Pakistan in the ‘Super 4’ stage.

But with some assistance from the Greenfield track, he dismissed Quinton de Kock, Rilee Rossouw and David Miller in the second over to silence his critics.

“Getting the wickets early on was always a great feeling. The plan was really simple, the ball was swinging. I had to pitch it in the right places and it worked well. It was about hitting the right areas and making sure the line was good.”

He also credited his senior teammate Chahar for holding up the pressure from the other end.

“We practice in every type of situation, our job is to adapt to the situations and do well for the team. Today (Wednesday) it was more about the new ball and we worked really well as a pair, a lot of credit goes to DC bhai as well,” he signed off.