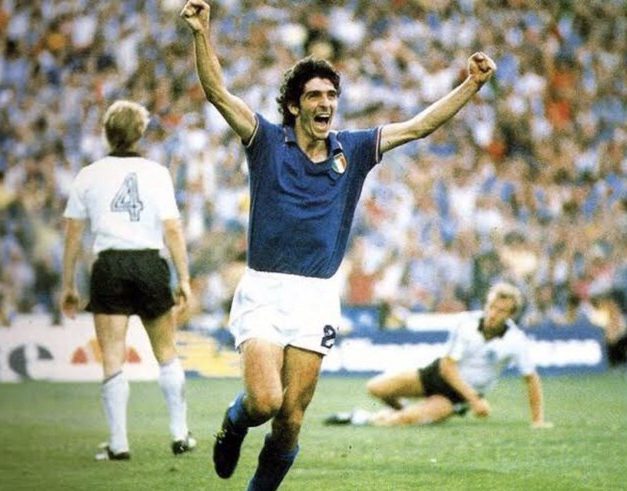 Rome: Italy mourned the death of football great Paolo Rossi, the hero of Italy’s 1982 World Cup and one of the most prolific scorers in the country’s football history.

Rossi, who struggled with lung cancer in recent years, died late Wednesday at the age of 64, though the news was not made public until Thursday when it was reported by RAI Sport, where Rossi had been working as a football commentator.

Gazzetta Dello Sport, Italy’s most widely read sports publication, reported in a banner headline Thursday: “Football and Italy are crying over the death of the man who is the symbol of the 1982 World Cup winner.”

Rome’s La Repubblica reported, “Another hero has left us,” a reference to Rossi and iconic Argentinian footballer Diego Maradona who played his best years in Italy and who died on Nov. 25.

Via social media, the Italian Prime Minister Giuseppe Conte recalled his own youth and the impression Rossi made during the summer of 1982: “With his goals, he created a dream for an entire generation,” Conte wrote. “Farewell to Paolo Rossi, the unforgettable champion. Italy will always remember you fondly.”

Also through social media, FIFA declared that “the football world is in mourning, the Azzuri icon, and World Cup hero”. Azzuri, an Italian-language reference to the color blue, is a nickname for the blue-jersey Italian national team.

Federica Cappelletti, Rossi’s wife, posted a photo of the couple on social media with the words “per sempre” — Italian for “forever”.

Rossi was the stand-out star on the 1982 Italian national team that, according to Sportsnet Magazine, was one of the three greatest national teams of all time. En route to its championship in Spain, Italy defeated defending champion Argentina (which was led by the aforementioned Maradona) and pre-tournament co-favourites Brazil and West Germany.

Rossi was the most recent of just three players who have won both awards along with the championship in the same tournament.