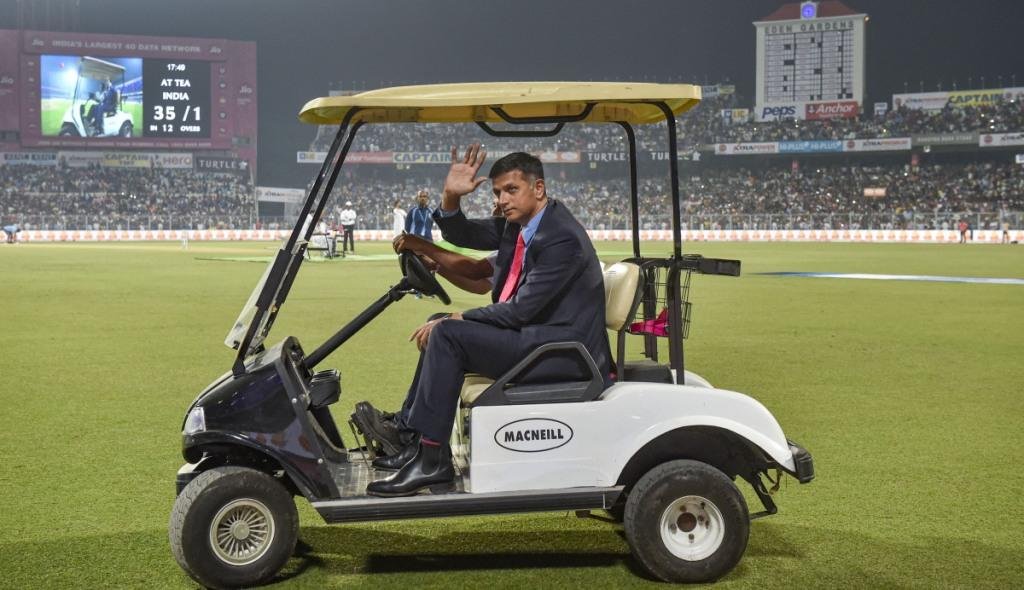 Kolkata: Former captains including Sachin Tendulkar, Rahul Dravid and Kapil Dev were felicitated in a grand ceremony following day one of the historic day-night Test between India and Bangladesh.

Tendulkar, Dev, Dravid, Chandu Borde and current head coach Ravi Shastri were among the ones felicitated. Earlier in the day, they lauded the work done by BCCI president and former captain Sourav Ganguly to make day-night Test a reality in India.

“If you get these kind of numbers coming into the game, there is definitely a future (for day-night Tests). It is great to see tat. Incredible atmosphere. This is something we were use to when we started out in Test cricket,” said Dravid, referring to the packed Eden Gardens.

The Cricket Association of Bengal had also invited Bangladesh players who were part of their team’s first Test back in 2000, which too was played against India.

After being reluctant for four years, India finally embraced the Day/Night format for Test cricket, following a strong push from Ganguly.

The cricketers also took a round of the iconic venue on a golf cart.

Pant, Gill to play in Mushtaq Ali after release from Indian Test squad

Dropped Bangla players in as concussed substitutes for Das, Nayeem