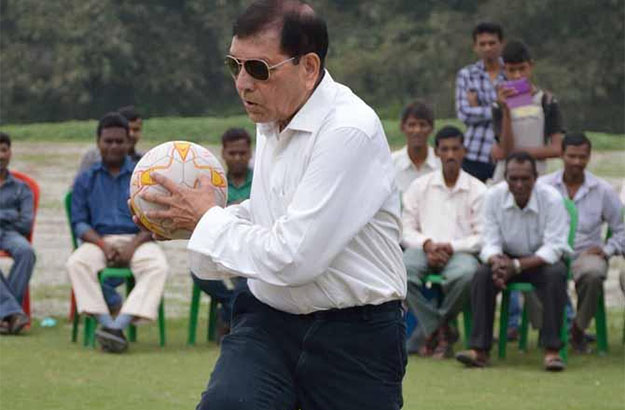 Her wife breathed her last on Friday after being admitted to a city hospital with fever two days prior.

The only Indian footballer to have received both the Arjuna and Dronacharya awards, Nayeemuddin captained India to a bronze-medal claiming run at the 1970 Asian Games.

Nayeem, as he is fondly called in the Indian footballing community, began his career in 1962 with Hyderabad City Police before embarking on a decorated journey with the country’s three domestic giants – Mohun Bagan, East Bengal and Mohammedan Sporting.

He migrated from Hyderabad to Kolkata in 1966 to play for East Bengal and reportedly met his future wife in 1968.

“It is a big loss. Her contribution to my career is immense. But have to accept fate,” Nayeemuddin told Sports Lounge.

After hanging up his boots in the 70s he settled in Kolkata, becoming a successful coach, guiding Bagan, EB and Mahindra United to several trophies.

He is one of the few Indian coaches to have managed a foreign team, having tutored Bangladeshi side Brothers Union multiple times.

The 76-year-old is reportedly in the midst of a financial crisis during the COVID-19 pandemic. His two sons are based in the USA while her only daughter is married and is not based in Kolkata.

Asked if he is willing to move to the US to be with his sons, Nayeem said: “To early to decide. Let’ see, I am yet to think about it.”