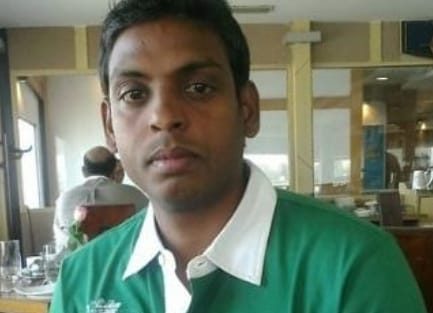 He was 43 and was suffering from a complex disease called Hemophagocytic Lymphohistiocytosis (HLH).

He was admitted in a Kolkata hospital since December 28.

We are deeply saddened by the untimely demise of former Mohun Bagan and Indian National team goalkeeper Prasanta Dora. He was part of Mohun Bagan in 2001 and then from 2003 to 05. His heroics under the bar helped #Mariners to win the 2003 IFA Shield

Prasanta, younger brother of another India goalkeeper Hemanta, is one of the few goalkeepers to have played for the ‘Big Three’ of Indian football, Mohun Bagan, East Bengal and Mohammedan Sporting.

He represented India in SAFF Cup, SAFF Games, Pre-Olympic Qualifier and Pre-World Cup matches, having made his international debut against Nepal in the SAF Games in Kathmandu in 1999 where India claimed the bronze medal.

He represented India in four official international matches. He was part of East Bengal’s triumphant squad which won the Calcutta Football League (CFL) in 1999.

He was adjudged the ‘Best Goalkeeper’ in Bengal’s consecutive Santosh Trophy titles in 1997-99 and 99.

We mourn the untimely demise of former Indian goalkeeper Prasanta Dora. He was one of the few players to have played for the 3 Kolkata giants (East Bengal, Mohun Bagan and Mohammedan).