Former World No. 1 Sania Mirza joins Star Sports as an expert for Wimbledon 2019

My11Circle celebrates the fervor of the dedicated fan, in its new campaign for T20 World Cup

Deltin Casinos at Gangtok and Kathmandu are now open

adidas announces Mirabai Chanu as the face of 'Stay in Play' campaign, to tackle on of the greatest taboos in sport 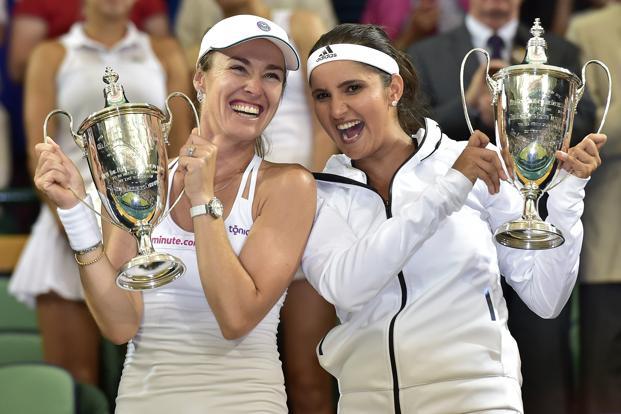 Mumbai: Six-time Grand Slam winner and former Wimbledon Double’s champion, Sania Mirza will join Star Sports as an expert in the studios to analyse the day-to-day action for fans across the country.  One of the best Indian players currently playing the sport, Sania brings her wealth of knowledge having played the singles, doubles and mixed doubles formats and will join from the studios starting today on Star Sports Select and  Hotstar.

A lethal combination of an unstoppable forehand backed by a steely will and a title winning mentality, she has been one half of some of the successful duos in both women’s doubles and mixed doubles with partners like Martina Hingis and Mahesh Bhupathi. A trailblazer for women’s tennis in India, Sania was the first Indian woman to break the Top 50, reach No. 1, win WTA titles and a several Grand Slams.

The Championships, Wimbledon begins July 1 with the top-3 seeds in the men’s category being defending champion Novak Djokovic, Roger Federer and Rafael Nadal respectively. With Novak chasing his fifth Wimbledon title, Roger, the perennial favourite looking to add a ninth Wimbledon crown and Rafa going for his third and challenges coming up from the likes of Alexander Zverev, Dominic Thiem and Marin Cilic, etc., viewers can expect to see multiple records to be set or even broken.

Defending champion Angelique Kerber, Naomi Osaka, Serena Williams, new World No. 1 Ashleigh Barty will headline the Women’s draw and will look to add their names to the historic winners club with Serena Williams going for her 24th Grand Slam. The seeds can expect strong resistance from the likes of Simona Halep, Petra Kvitova, Sloane Stephens and favoured home favourite, Johanna Konta who will also be looking to upset the firm favourites.

The biggest rule change that will be implemented this season is a tie-break to be played, should the score reach 12-12 in the final set, to ensure that there are no record long final set. Given the kind of mental and physical energy that it takes out of the players like the 2018 epic semifinal, the second-longest match, where Kevin Anderson overcame the strong challenge from John Isner with a 26-24 victory, a change of this magnitude has been put in place.