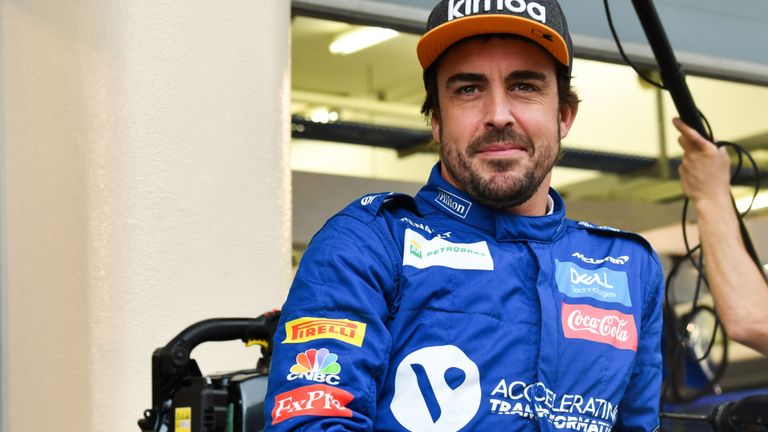 Oxfordshire: Two-time Formula 1 champion Fernando Alonso has extended his contract with Alpine team into the 2022 season, confirmed the team on Thursday.

Alonso, who won world champion titles with Renault in 2005 and 2006, returned to the race after a two-year break from this season with the rebranded Alpine team.

He had hinted at “big news” earlier this week ahead of the Belgian Grand Prix on Sunday. The new deal will keep him together with the newest race winner in Formula 1, Esteban Ocon, who earlier signed a three-year extension contract with Alpine.

“I’m very happy to confirm the contract extension with Alpine F1 Team into 2022. I felt at home the moment I returned to this team and have been welcomed back with open arms. It is a pleasure to work again with some of the brightest minds in our sport at Enstone and Viry-Châtillon. It’s been a tricky season for everyone, but we’ve shown progress as a team and the result in Hungary serves as a good example of this progression. We’re targeting more positive memories for the rest of this season but also crucially from next year onwards with the new regulation changes coming into Formula 1,” said Alonso in a statement by the Alpine team.

“I have been a big supporter of the need for a level playing field and change in the sport and the 2022 season will be a great opportunity for that. I am looking forward to the rest of this year and racing alongside Esteban in 2022 for Alpine,” added the 40-year-old.

Alonso struggled in the early part of the season as he was returning to F1 after a long absence. But the Spaniard has scored points in all of the last six races, including a fourth-place finish in the Hungarian Grand Prix where he played an instrumental role by holding up McLaren’s Lewis Hamilton, resulting in Ocon’s shock win.

Alonso is currently 11th in the drivers’ standings of the 2021 season with 38 points. He will be seen in action at the Belgian Grand Prix from August 27-29.