COVID-19: KKR CEO Mysore not in favour of any change in IPL format 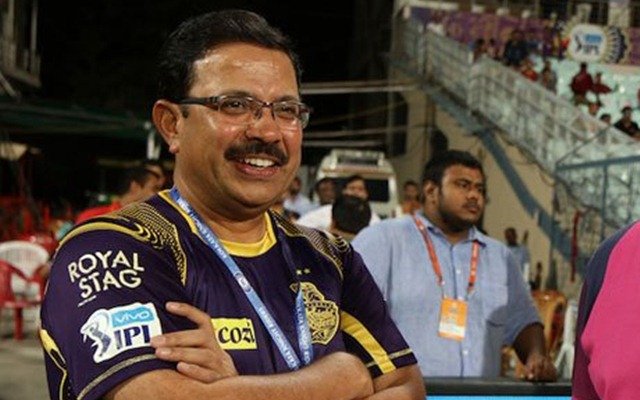 Kolkata: Any “tinkering” in the IPL format to make space for it in the coronavirus-hit calendar will not be acceptable to Kolkata Knight Riders CEO Venky Mysore, who on Thursday asserted that all the franchises want the event to be held in its complete form.

The IPL was postponed indefinitely after a lockdown to contain the COVID-19 pandemic came into force in March. There is still no clarity on whether it will be held this year, but there seems to be a likely window in October-November due to the uncertainty surrounding the Twenty20 World Cup.

“The quality of the product is what has made it really, really special. I think it is safe to say that the collective view is that we have to have the tournament in its full format, the same number of games, with all the players part of it,” he said on the sidelines of the launch of KKR Sahayata Vahan to cater to COVID-19 and Cyclone Amphan relief work in West Bengal.

There are suggestions that the IPL could be conducted without overseas players, keeping in mind the restrictions on travel imposed by various countries besides reducing the number of games to fit it into a shorter window.

The issue was discussed at a meeting between the BCCI and the franchises in March, where most of the owners asserted that they would prefer to have the overseas players.

“I think the majority of the franchises, I know there are one or two who have answered it slightly differently, but when I talk to them offline, they say that they were misquoted,” Mysore said.

“I would hope that whichever window, we end up staging the IPL that we”ll be in a position to achieve that,” he added.

“I think it is without doubt that the IPL as a productm has become the biggest spectacle, the biggest product which has caught the imagination not only of India as a country but the world at large.”

Mysore said foreign players have played a crucial role in the league”s success.

“It is primarily our Indian players who are the backbone of any team,” he acknowledged.

“But I think we should recognise that when you look at even our own team, a Sunil Narine, an Andre Russell, an Eoin Morgan and now Pat Cummins come as a combination to our excellent lineup that we have on the Indian side, makes it really special,” he explained.

Talking about the relief work being done by the franchise in the disater-struck Kolkata, Mysore said: “The city of Kolkata and West Bengal region have been fighting a dual war against COVID-19 and the Amphan cyclone aftermath.

“In these trying times, our aim is to provide support and relief work that will help people in any little way possible.”

Saliva ban won’t make much of a difference in ODIs, T20Is: Karthik