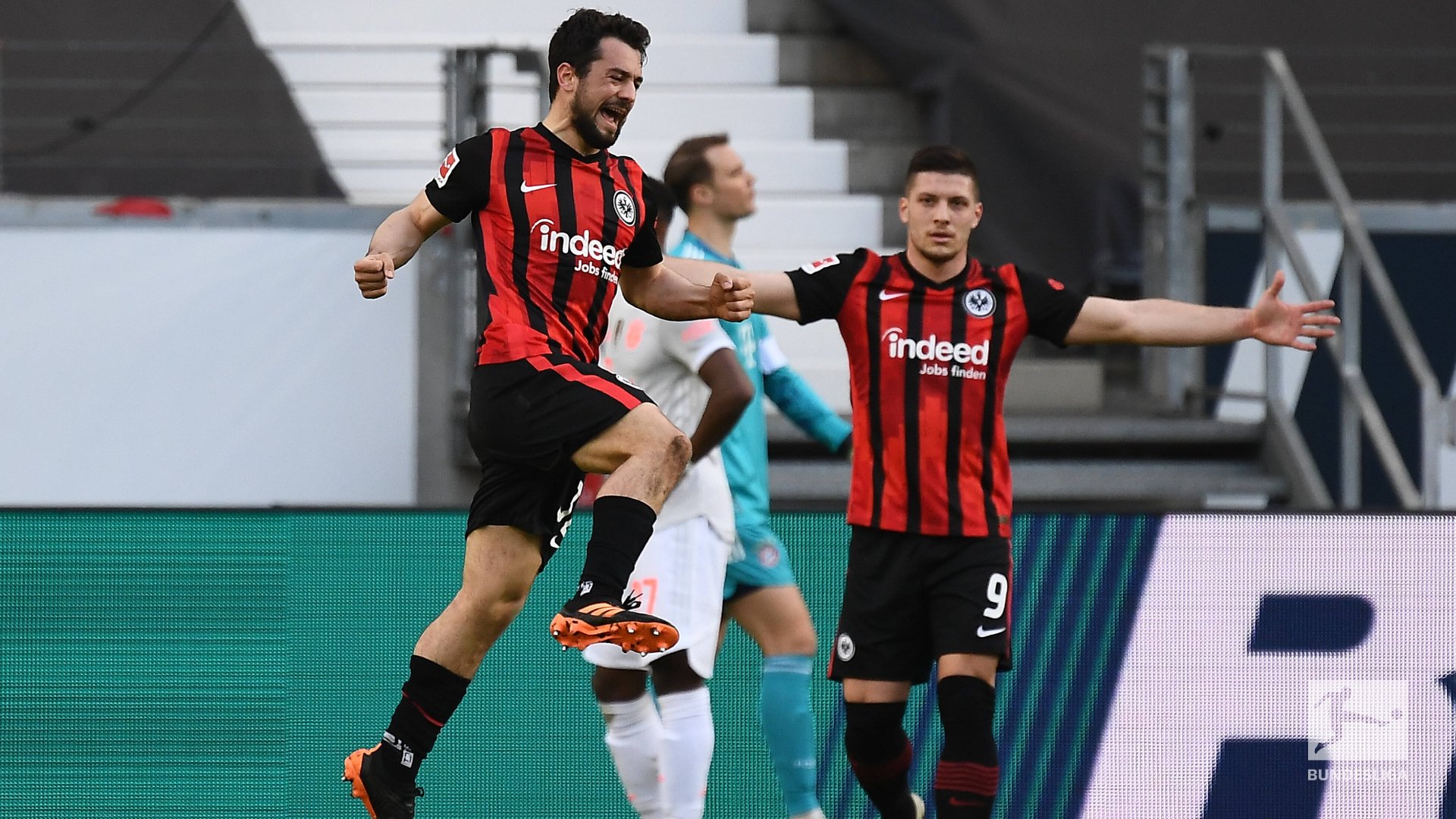 The record German champions woke up after half-time, but Robert Lewandowski’s goal wasn’t enough to take anything from the match.

Frankfurt started frenetically and immediately pushed Bayern onto the back foot on Saturday. It took the hosts only four minutes to produce the first clear-cut opportunity as Bayern defender David Alaba had to block Younes’ dangerous attempt on target.

Ten minutes later, Frankfurt were rewarded for their powerful start as Filip Kostic’s square pass found Kamada, who made no mistake to beat Bayern goalkeeper Manuel Neuer from close range.

Bayern were helpless in the 31st minute when Younes danced through the box to drill the ball from 14 meters into the top-right corner to make it 2-0.

The second goal was a wake-up call for the visitors, as Frankfurt custodian Kevin Trapp had to be on guard to defuse Kingsley Coman’s long-range effort and Joshua Kimmich’s subsequent rebound with 40 minutes gone.

After the interval, Eintracht sat back and allowed Bayern to gain a foothold into the game.

Bayern implemented its power play and pressed Frankfurt into its territory. It was only a matter of time before top striker Lewandowski marked his 26th goal of the season to halve the deficit for the visitors.

The Frenchman remained in the thick of things and squandered another chance from close range after pulling wide following Leroy Sane’s good build-up work in the 70th minute.

Bayern threw every man up front but Frankfurt’s defense stood firm to condemn the Bavarians to their third defeat of the season.

With the result, Bayern’s lead in the standings may shrink to two points if second-placed RB Leipzig win on Sunday. Meanwhile, fourth-placed Frankfurt reduce the gap to the front to seven points.

Elsewhere, Grisch Promel’s goal was enough for Union Berlin to clinch all three points at Freiburg.