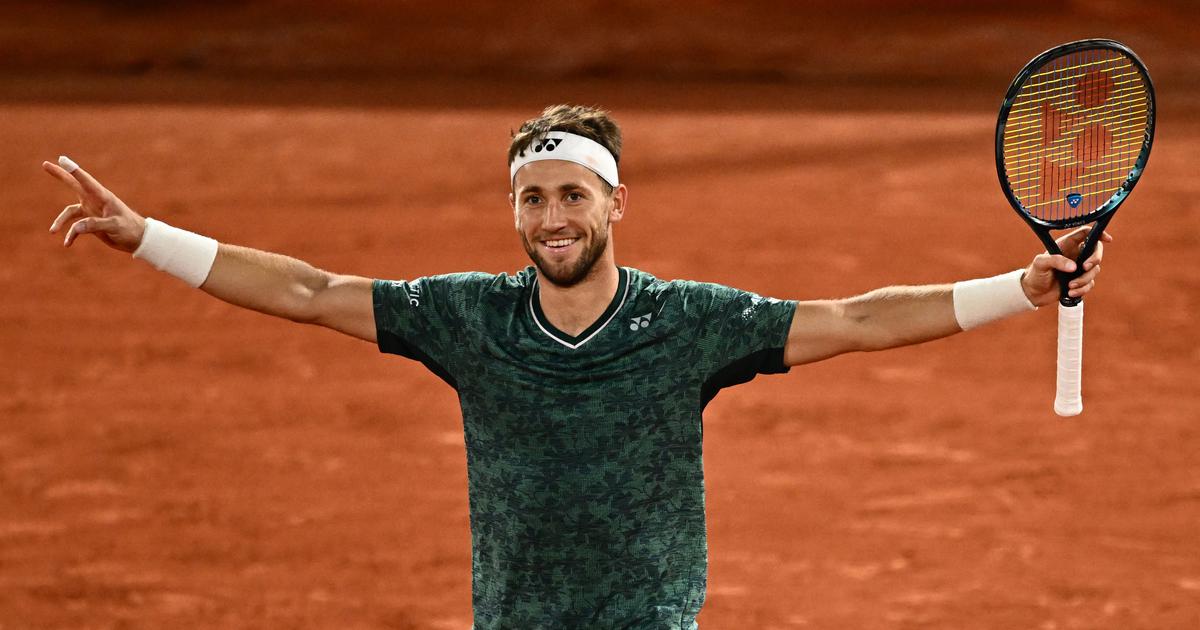 Paris: Casper Ruud became the first Norwegian man to reach a Grand Slam final on Friday when he set-up a French Open title clash with 13-time champion Rafael Nadal, the man he described as his “idol”.

She wore a shirt which bore the slogan: “We have 1028 days left” before being eventually cut free by security staff. The match resumed after a 15-minute delay.

“It was a great match from my side, I didn’t start the greatest but Marin played a very good first set,” said the 23-year-old Norwegian.

“I look up to Rafa. He’s the perfect example of how to behave on the court, never gives up and never complains. He’s been my idol all my life.

“He’s the last player of the Big Three that I’ve never played against, so I guess this is perfect timing. To play him in a Grand Slam final will be great. Hopefully for him too, to be playing against a student from his academy.”

Earlier Friday, Nadal reached the final in Paris for the 14th time when Alexander Zverev was forced to retire with an ankle injury after falling in the court.

Nadal, who turned 36 on Friday, will be playing in his 30th Grand Slam final and aims to become the oldest men’s champion at Roland Garros and capture a record-extending 22nd major title.

The second semi-final was held up for 13 minutes when a protestor ran onto the court and tied herself to the net.

The woman leapt from the Court Philippe-Chatrier crowd during the sixth game of the third set.

She was eventually removed from the court while the players headed back to the locker room.

French Open organisers said the “environmental activist managed to get onto Philippe-Chatrier court and attached herself to the net with metal wires and glue”.

“The security team needed to formally identify the objects she used to get onto the court before they could remove her.”

Organisers added: “The young woman, of French nationality, entered the grounds with a valid ticket early in the day.

“She was then handed over to the police.”