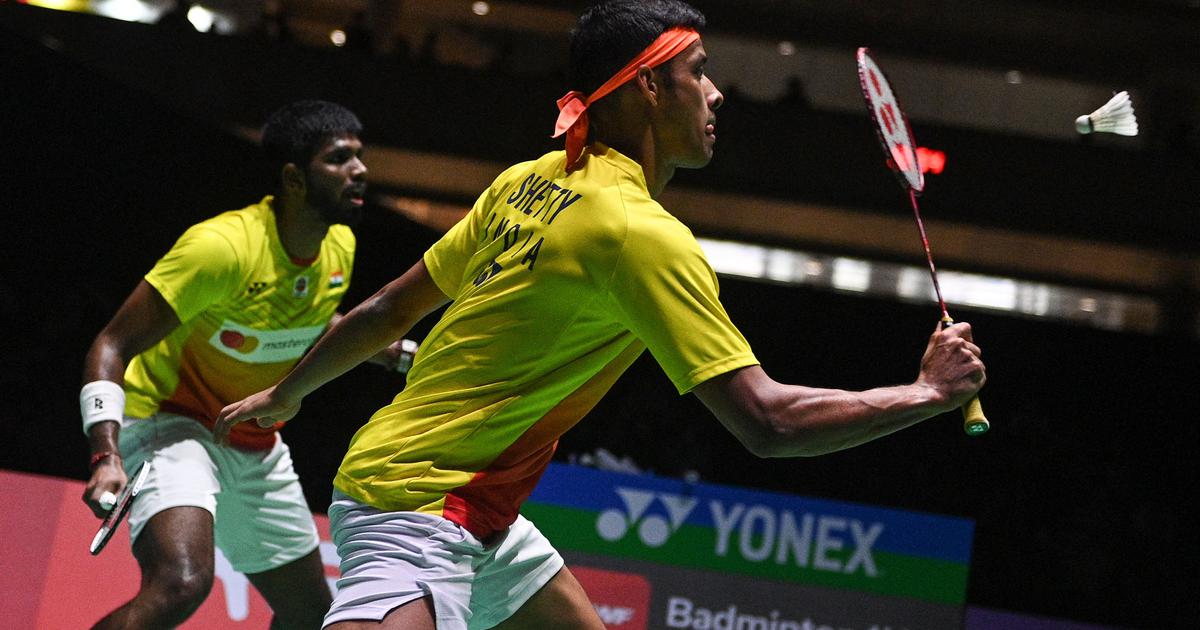 The Indian badminton team defeated Chinese Taipei’s Lu Ching Yao and Yang Po Han 21-13, 21-19 in the final after eliminating the top seeds from Japan, Takuro Hoki and Yugo Kobayashi, in the quarterfinals.

Despite the fact that their previous three victories on the BWF World Tour came in lower-level competition, Chirag Shetty and Satwiksairaj Rankireddy won this one. The Thailand Open 2019 and the India Open 2022 were both Super 500 competitions, while their first, the Hyderabad Open 2018, was a Super 100 competition as per Olympics.com.

Additionally, this was the first time an Indian men’s doubles team won the French Open badminton championship since Partho Ganguli and Vikram Singh’s victory in 1983.

The seventh-seeded team in the competition, Chirag Shetty and Satwiksairaj Rankireddy, who are ranked as the No. 8 men’s doubles team in the world, got off to a fast start by winning the first five points of the match.

The Indian pair easily controlled the first game and won it because to their aggressive style of badminton.

In the second game, Chirag Shetty and Satwiksairaj Rankireddy, who were facing Chinese Taipei opponents for the first time, carried the momentum and entered halftime with a comfortable six-point lead.

However, Lu Ching Yao and Yang Po Han shown bravery and fought their way back into the game, levelling the score at 14 all.

The match’s momentum obviously changed after the comeback, as Lu Ching Yao and Yang Po Han battled valiantly to grab a 19-17 lead.

The in-form Indian couple, who won the Commonwealth Games championship earlier this year in Birmingham, shown exceptional maturity by controlling their nerves to win the game, match, and title.