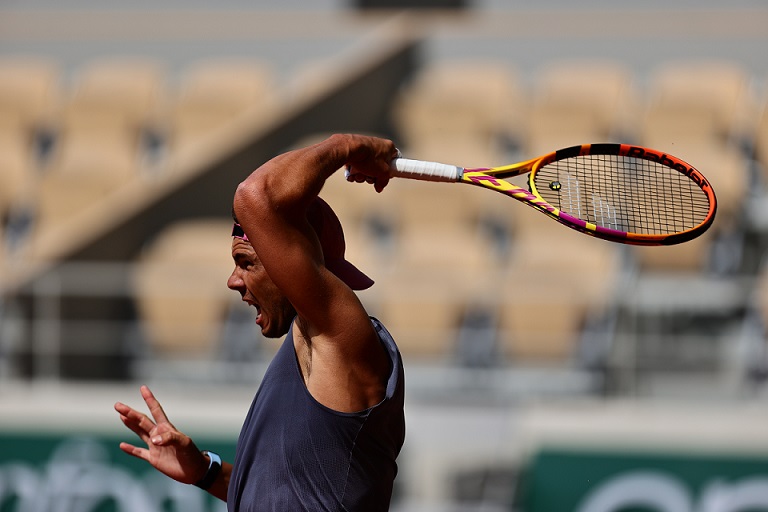 Paris: World No. 3 Rafael Nadal termed first set of his second round match against Richard Gasquet, which he won 6-0, 7-5, 6-2 on Thursday night, as the best of his clay-court season.

Nadal allowed his French opponent, who he beat for the 17th time in a row, to win only nine points in the opening set while winning seven games in a row.

“I think I played a great first set. [It was] one of the best of the clay-court season in my opinion. No mistakes, high intensity, winners, played long,” Nadal told media after the match.

Nadal, who has a dominant record against Gasquet having not lost a set to him since 2008, said he entered the second-round match with highest respect for the Frenchman.

“I respect [him because] I know how good Richard is,” Nadal said.

Gasquet has faced multiple problems in his career — back injuries, appendicitis and groin injury, all of which have derailed his career.

“I know he is coming back after a tough period of time. I think he played smart, playing aggressive. I just went on court with highest respect, with the highest focus possible, and that is what I try to do every day against everyone.”

Nadal will face Cameron Norrie in third round.

“Every week he is producing good results, winning against very good players,” Nadal said about Norrie.

“I know it is going to be a tough one. I need to be ready to play my best. I know he has a style of game that is not easy to play against. I need to play well.”

On a day when women’s section of French Open tennis was highlighted by pullout of Ashleigh Barty, defending champion Iga Swiatek and fourth-seeded Sofia Kenin resumed normal course by winning their second round matches to cruise into third round at French Open.

Swiatek dispatched Rebecca Peterson of Sweden, 6-1, 6-1 in one hour and one minute to progress while Kenin beat American compatriot Hailey Baptiste 7-5, 6-3.

Poland’s Swiatek was emphatic in her win over her Swedish rival, winning 80 percent of her first service points, getting 15 break-points and ending up winning six of those.

She also won 30 of the receiving points.