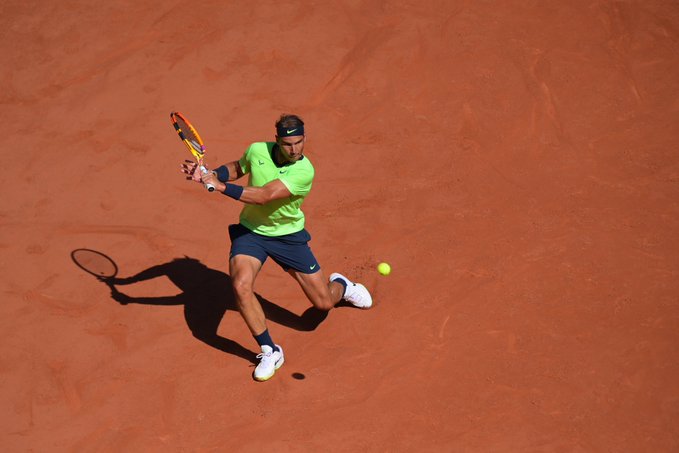 Paris: A relentless Rafa Nadal cruised into the last 16 of the French Open for the 16th time on Saturday, with a brutal 6-3 6-3 6-3 dismantling of Briton Cameron Norrie.

Nadal, who won his 13th title at Roland Garros last year, extended his run at the claycourt Grand Slam to an unbelievable 30 sets won in a row. He last dropped a set against Dominic Thiem in the 2019 final.

Norrie, the world number 45, battled gamely against the third seed, even breaking Nadal twice in the second set, but the ruthless Spaniard reeled him back in on both occasions, before serving out the one-sided contest a shade over two hours.

Nadal sent down 35 winners, including three aces, and broke Norrie’s serve six times in the match as he stormed into round four, where he will battle Italy’s Jannik Sinner, the 18th seed, for a place in the quarter-finals.

Paris, Jun 5 (IANS): World No. 1 Novak Djokovic continued his quest for a 19th Grand Slam title as he breezed into the French Open pre-quarterfinals with a 6-1, 6-4, 6-1 victory over Lithuania’s Ricardas Berankis in one hour and 32 minutes here on Saturday.

Djokovic will next meet 19-year-old Italian Lorenzo Musetti, who survived a five-setter against compatriot and 2018 semi-finalist Marco Cecchinato, winning 3-6, 6-4, 6-3, 3-6, 6-3 in three hours and seven minutes.

This was the first five-setter of Musetti’s career.

Earlier, Italian 19th seed Jannik Sinner got the better of Sweden’s Mikael Ymer 6-1, 7-5, 6-3 to make it to the pre-quarterfinals.