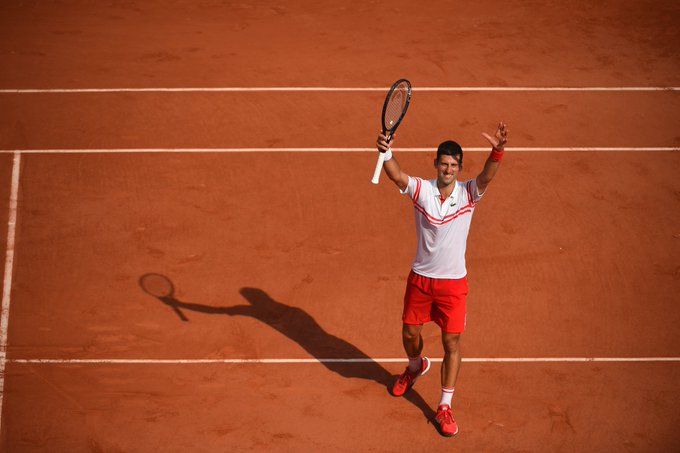 Paris: World number one Novak Djokovic continued his bid for a 19th Grand Slam title with a straight-sets win over Uruguay’s Pablo Cuevas to reach the French Open third round on Thursday.

Roger Federer became entangled in a rare running dispute with a chair umpire on Thursday before safely securing his place in the French Open last 32.

“I stayed concentrated. I thought the third set was very difficult for me because he lifted the level of his game,” said the top seed Djokovic after his 350th Grand Slam match.

“It’s a cliche to say ‘day by day’, but it’s very important for me to stay in the moment.”

Djokovic will face Lithuanian Ricardas Berankis for a place in the second week.

The 2016 Roland Garros champion has won all three of his meetings with Berankis, including in last year’s second round in Paris.

Cuevas tested Djokovic at times on Thursday with his creative shot-making, but the Serbian star saved eight of nine break points and hit 31 winners in a solid display.

Djokovic is seeded to meet 13-time winner Rafael Nadal, who he lost to in the final last October, in the last four.

India’s Rohan Bopanna and his Croatian partner Franko Skugor reached the pre quarter-final of the men’s doubles competition in Pairs.

The duo needed only an hour and 20 minutes to beat Frances Tiafo and Nicholas Monroe of the USA 6-4, 7-5 in their 2nd round match.