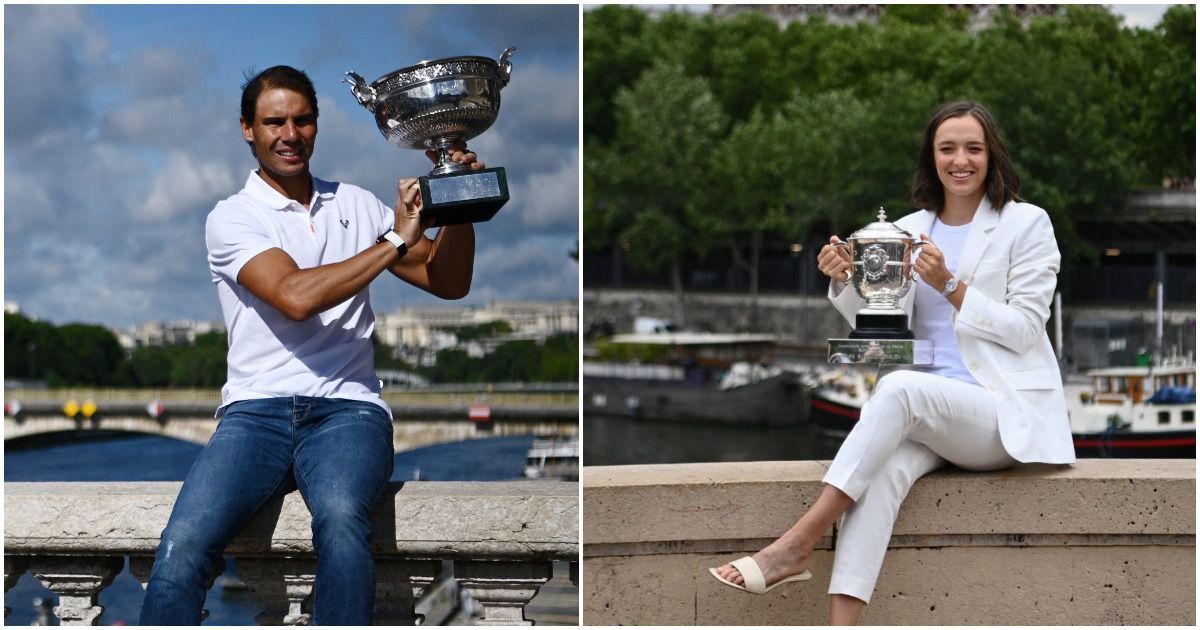 Here is a look at three talking points from an incident-packed fortnight at Roland Garros:

The 36-year-old came through a gruelling tournament featuring energy-sapping matches against Felix Auger-Aliassime, Novak Djokovic and Alexander Zverev before thrashing Casper Ruud in the final.

But Nadal will be heading to the treatment table next week as he looks to recover from a chronic left foot problem in time to be able to play at Wimbledon.

Nadal, who would be arriving at the All England Club still on track for a calendar Grand Slam for the first time in his career, said he is still hopeful that he would be able to compete.

“If it (the treatment) works, I keep going. If not, it will be another story,” said the two-time Wimbledon champion.

He has won two Grand Slam titles this season to move clear in the race to finish above Roger Federer and Novak Djokovic on the all-time list.

Nadal took injections to be able to play at Roland Garros, but insists that he will not continue down that road.

Who can halt the Swiatek charge?

World number one Swiatek equalled Venus Williams’ record for longest unbeaten run by a woman in the 21st century with her 35th straight win in the final against Coco Gauff.

She has only dropped two sets in her last 27 matches and appears almost unbeatable on both hard and clay courts.

The 21-year-old has won four and lost four of her previous main-draw matches on grass, meaning her expectations at Wimbledon will be lower.

However, Polish star Swiatek has been in such dominant form, it would be no surprise if she carried it into the coming weeks.

“I actually like the part that I have no expectations there (Wimbledon),” she said. “It’s something kind of refreshing.”

Swiatek may be only one victory away from setting a new record for longest winning streak since 2000, but she remains a long way off from matching Martina Navratilova’s Open era record of 74 straight wins in 1984.

Organisers have been hit with criticism over the scheduling this year as they welcomed back full crowds for the first time since the Covid-19 pandemic.

Djokovic and Nadal were among the male stars to complain about the late starts to the controversial night sessions, while tournament director Amelie Mauresmo ended up in hot water for saying women’s matches were less “appealing” than men’s.

“It is too late, without a doubt,” said Nadal after beating Djokovic in a quarter-final which finished at 1:15 am local time.

Nine of the 10 night session matches to be scheduled were men’s encounters, with home player Alize Cornet’s second-round meeting with Jelena Ostapenko the only exception.

“It is a little bit disappointing and surprising,” said Swiatek of Mauresmo’s comments.

Women’s ties were also usually the first to be scheduled, when crowds are the smallest.

“Well it’s Wednesday, 12 o’clock. I’m not expecting everyone to come and the stadium to be full the first match of the day. So, I mean that’s fine,” said Daria Kasatkina after her quarter-final win, played out in front of rows and rows of empty seats.