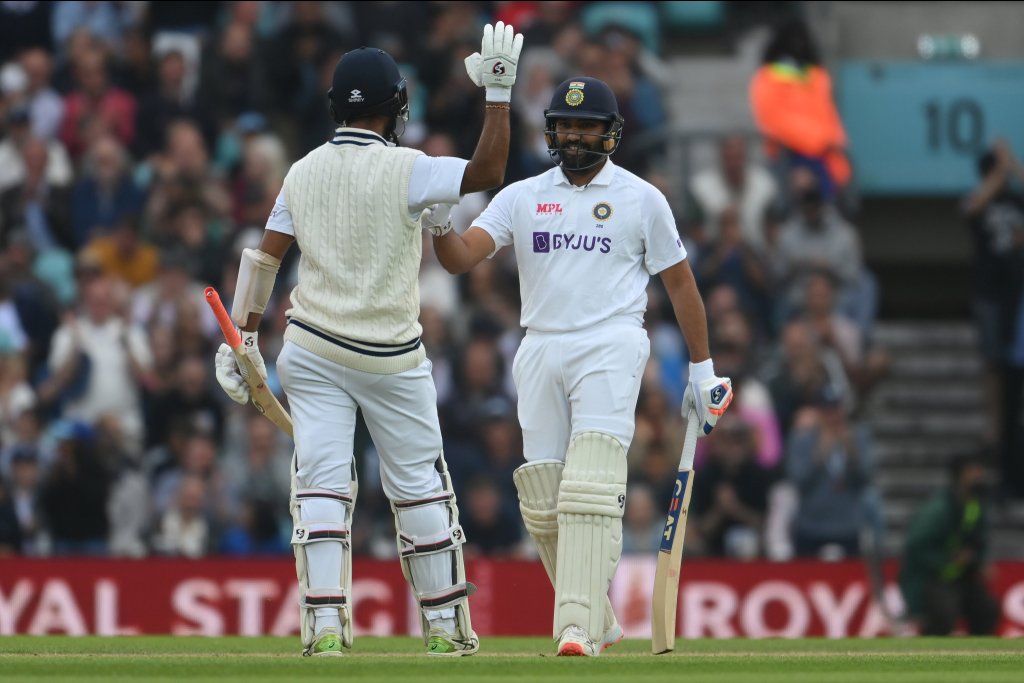 London: India’s opening batsman Rohit Sharma, who played a key role in helping India turn the tables on England during the fourth Test at The Oval has said that the match is not yet in India’s hands and remains evenly-balanced.

Sharma scored 127 off 256 balls to help India overturn a 99-run deficit and take them 171 runs ahead of England. The visitors still have seven wickets in hand.

The Oval Diaries with Rohit & Pujara 😎

Of role reversals, patience, putting up a century stand & scoring a maiden Test ton overseas – @ImRo45 chats up with @cheteshwar1👍 👍 – by @RajalArora

“We know that the game is still balanced. We are 170 ahead. We also know that we can’t take it lightly because it is a new ball they have. We have to bat well. Tomorrow is also crucial for us,” said Sharma after the end of the day’s play while speaking to the media in virtual interaction.

India had resumed Day 3 at 43/0, still 56 runs behind England. They lost opener K.L. Rahul early before Sharma and Cheteshwar Pujara added 153 for the second wicket to put India in commanding position.

Sharma said that his first overseas ton was important for the team. Otherwise, it was like any other ton that he has scored at home.

“Getting a 100 whether it is overseas or home, it is a good feeling. Make sure to put team in good position. Whatever I am doing at practice and nets, I knew results will come. You need to be patient. Sometimes things might not come easy and you have to put in hard yards. We are in a good position. We needed to put in effort today,” he said further.

The 34-year-old said that the century holds great value.

“It holds a lot of value. You are playing in testing conditions against quality bowling line-up. So obviously when you do well against that, you feel good about that. When I came here for the WTC (World Test Championship final against New Zealand in June), I knew I had to put in the best effort with the bat as best as I can.”

Ben Stokes could miss T20 World Cup in the UAE