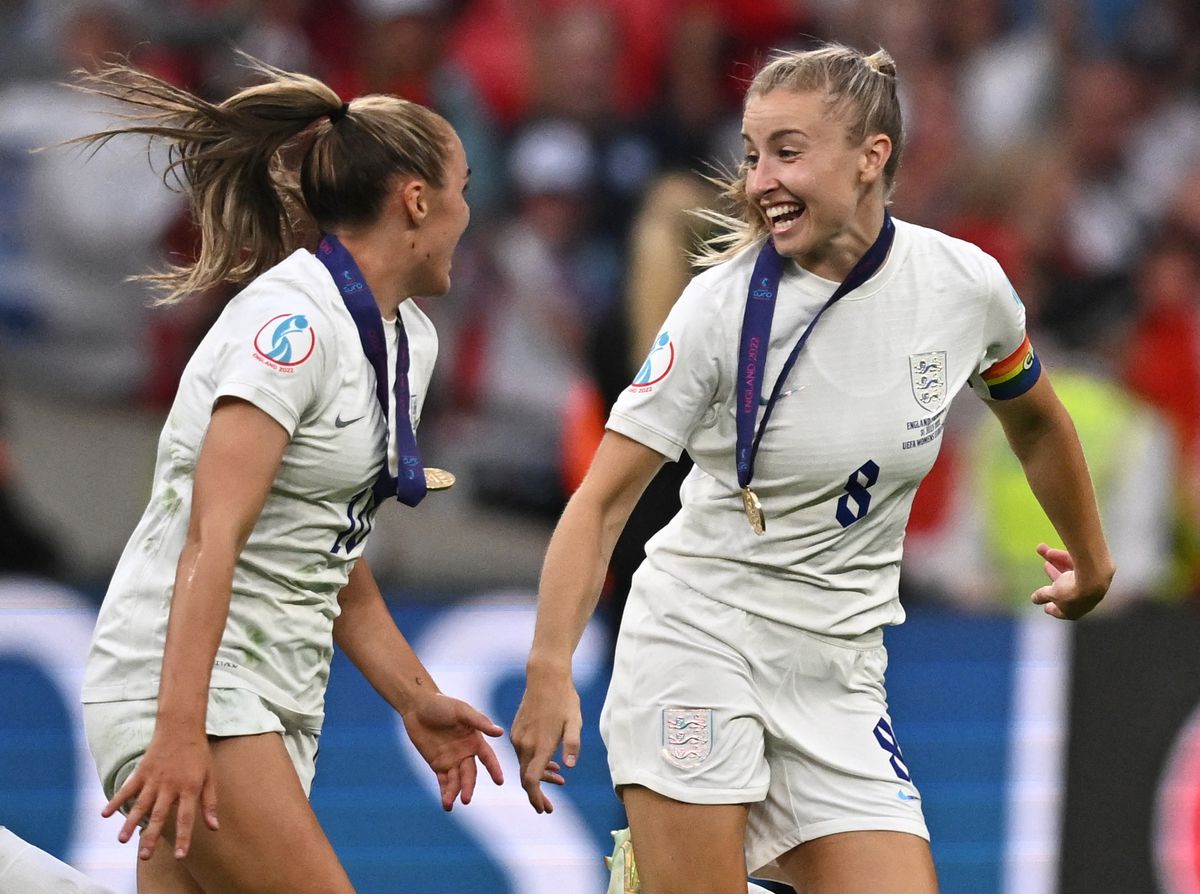 England captain Leah Williamson said the Lionesses had inspired women and young girls up and down the country as her team celebrated their Euro 2022 triumph in central London on Monday following their 2-1 extra-time win over Germany the day before.

Sarina Wiegman’s side showed off the trophy in front of thousands of hollering fans less than a day after they captured their first major title by eclipsing record eight-time European champions Germany at Wembley Stadium.

“I think England have hosted an incredible tournament and we’ve changed the game in this country – and hopefully across Europe and across the world,” Williamson said.

“We said we wanted to make our legacy about winning and that’s what we did.

“The legacy of the tournament was already made before that final game – what we’ve done for women and young girls who can look up and aspire to be us.”

Thousands of fans, many draped in England flags or wearing replica shirts, packed into the fenced off celebration area in London’s Trafalgar Square, with thousands more surrounding the peri metreafter queues had formed at 0700 local time.

The team celebrated in style on the makeshift stage, dancing and singing and lifting the trophy, a unique sight for many young England fans. The previous England senior team success was the men’s side winning the World Cup in 1966, at a time when women’s football was banned in the country.

Some players looked a bit bleary-eyed having been up till the early hours celebrating but still roused themselves to sing classic England anthems with the crowd and take selfies.

Offices around the square opened their windows to also catch a glimpse of England’s heroines who have transformed many people’s perceptions of the women’s game with their high quality performances and ability to draw record crowds.

Full back Lucy Bronze drew huge cheers in particular when she said “there’s still a lot more we can still get our hands on next year,” referring to the World Cup which will be hosted in Australia and New Zealand in 2023.

Cristiano Ronaldo is ‘happy to be back’ playing for Manchester United