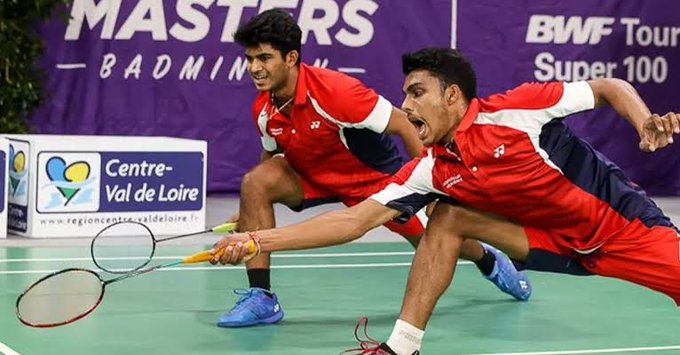 The Indians raced to a 7-2 lead in the first game but Lane and Vendy chipped away at the deficit to reduce it to one point at 17-18. Garaga and Panjala, however, held their nerve and saw themselves through to a win in the first game.

The English pair then turned the tables in the second game, staying well ahead of their opponents for much of it and winning it 21-14 in the end.

The two sides went toe-to-toe in the final game. While Lane and Vendy went into the interval with a 11-8 lead, Garaga and Panjala won four consecutive points before the Englishmen took a point back to make it 12-12.

The two teams kept exchanging leads but after Garaga and Panjala took a 19-18 lead, Lane and Vendy won three consecutive points and ended the match.