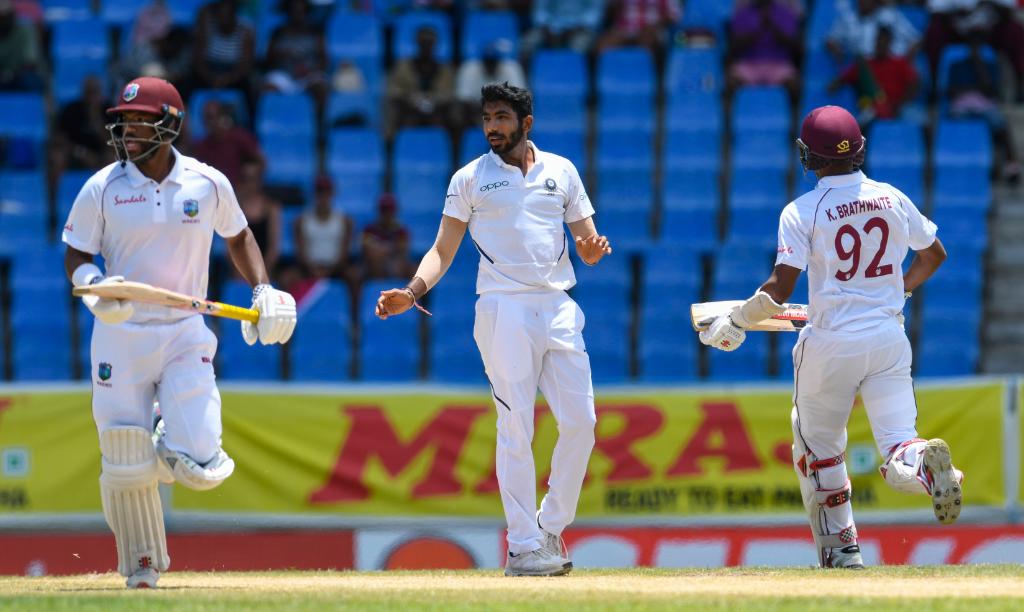 Kingston, Jamaica: Legendary batsman Sunil Gavaskar has lashed out at people who criticised Jasprit Bumrah’s action after he became the third Indian bowler to pick up a hat-trick in Test cricket.

Moments after Bumrah scalped his maiden hat-trick on the second day of the ongoing Test against the West Indies at the Sabina Park, cricketer-turned commentator Ian Bishop made a shocking revelation.sports news headlines

While commentating on Saturday, Bishop stated that ‘some people’ had questioned the legality of Bumrah’s bowling action and said: “I cannot believe some people questioning the legality of Jasprit Bumrah’s action.”sports news headlines

“His action is unique but is well within the rules of the game. In fact, it’s one of the cleanest ones. Some people really need to look in the mirror,” Bishop added.

To this, Gavaskar, who was also present in the commentary box, expressed his disbelief. “Can you name them? Who are these people questioning Bumrah’s action?” asked Gavaskar.

“Let’s look at it closely…A few steps and then he gathers momentum and finally releases the ball with a straight arm. Now tell me at what point his arm is bent? It’s perfectly fine.

“People should really get a life,” Gavaskar added while explaining the bowling action of the 25-year-old Indian pacer.

Bumrah finished with figures of 6/27 in the first innings, helping India bowl out West Indies for mere 117. West Indies are 45/2 in their chase of 468 in the second Test.