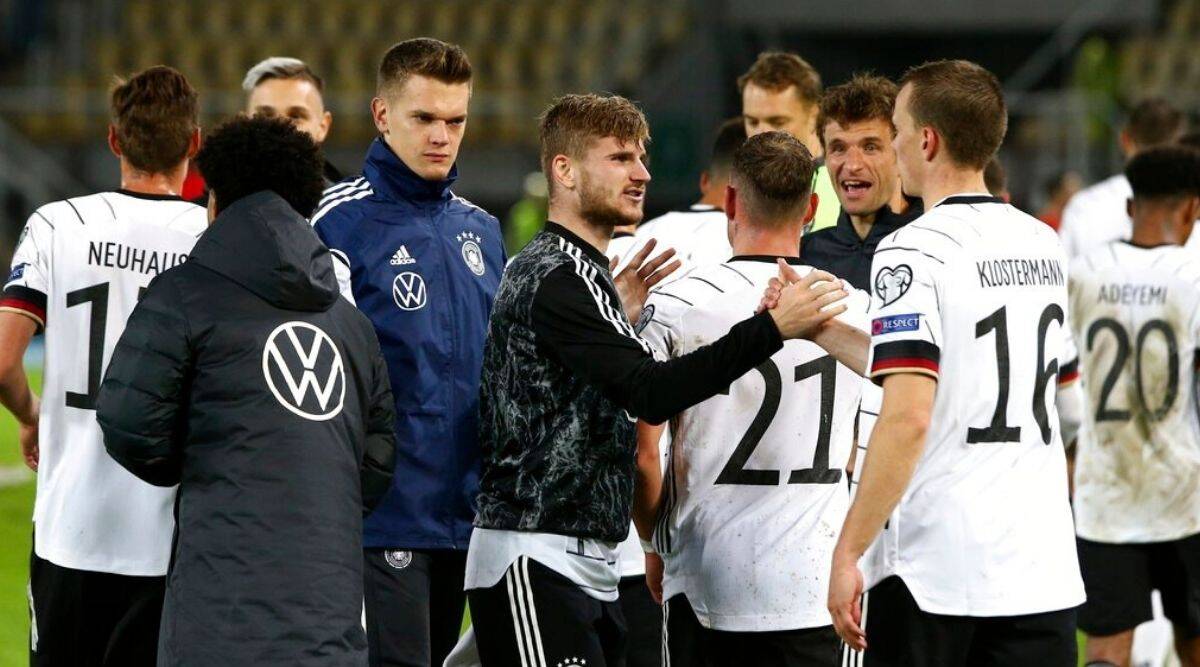 New Delhi: As Germany became the first country to qualify for the 2022 World Cup, its former under-21 team coach was crying tears of joy after his first win in charge of Turkey.

Stefan Kuntz was unable to keep his emotions in check after Burak Yilmaz’s penalty in the ninth minute of injury time earned Turkey a dramatic 2-1 win in Latvia to keep its qualification hopes alive.

Germany booked its place on Monday with an error-strewn 4-0 win in North Macedonia. The goals all came in the second half as the home team tired, and the win went some way to atoning for Germany’s surprise 2-1 loss to North Macedonia in Duisburg in March.

That was the only blip in an otherwise perfect qualifying campaign with seven wins from eight games in Europe Group J.

In Rotterdam, Memphis Depay scored twice, had two assists, and missed a penalty as the Netherlands overpowered Gibraltar 6-0 to remain on course for qualification, two points ahead of Norway and four points ahead of Turkey in Group G.

Croatia and Russia are assured of at least a playoff place after their respective results in Group H.

Belgium, which was involved in the Nations League at the weekend, would have qualified if Wales hadn’t beaten Estonia. But Kieffer Moore’s early goal for Wales was enough for a 1-0 win in Tallinn.

Wales stayed level on points with the Czech Republic, which defeated Belarus 2-0 away. The Czechs have played a game more, however.

Belgium is virtually assured of qualification being five points ahead. The Belgians next play Estonia on Nov. 13, when Wales hosts Belarus.

GROUP G
Depay put his disappointing club season at Barcelona behind him with a productive night for the Netherlands against one of the world’s soccer minnows. His first goal against Gibraltar was his 13th of the year for Oranje, breaking the Dutch record of 12 in a calendar year by Patrick Kluivert.

The Netherlands moved to two points ahead of Norway, which defeated Montenegro 2-0 without injured star striker Erling Haaland.

GROUP H
Croatia midfielder Luka Modric scored from a free-kick to salvage a 2-2 draw with Slovakia, and Russia capitalized with a 2-1 win over old rival Slovenia to move top of the group.

Dropping points means 2018 World Cup runner-up Croatia is likely to need a win over Russia next month to qualify automatically for the World Cup.

Slovakia needed a win to keep its qualifying hopes alive and can no longer qualify.

Also, Malta scored in the 98th minute to earn a point in a 2-2 draw with Cyprus.

GROUP J
Germany booked its place at next year’s tournament in Qatar despite a tough game against the a rival that pushed it hardest in qualifying.

Kai Havertz broke the deadlock in the 50th minute before Chelsea clubmate Timo Werner’s quickfire double sealed the result. Jamal Musiala got the fourth goal for Hansi Flick’s team in the 83rd, set up by fellow substitute Karim Adeyemi.

Germany stretched its lead in the group to an unassailable eight points with two rounds of games remaining. Flick has overseen five wins since he took over from Joachim Law after the summer’s European Championship.

Ionut Mitria’s 26th-minute goal was enough for Romania to beat Armenia 1-0 in Bucharest.

Iceland defeated Liechtenstein 4-0 in the other group game.

Romania moved to second in the group on 13 points, one ahead of North Macedonia and Armenia on 12. Iceland has eight points and Liechtenstein one from a draw with Armenia in September.