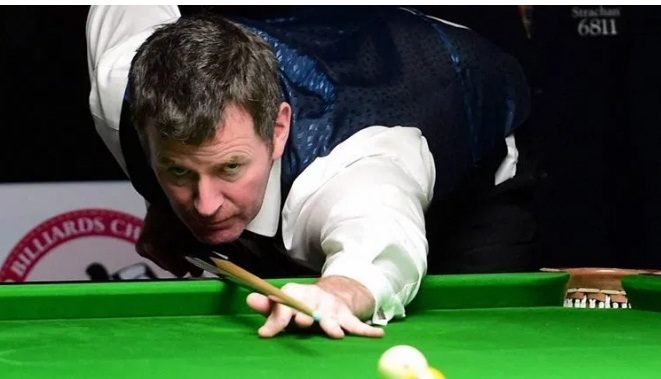 Gilchrist beat Kothari 1307-967 to reclaim the title after six years. It was a sweet revenge for Gilchrist who lost to Kothari in Leeds last year.

Gilchrist last won the title in 2013 by defeating David Causier of England.

It was a classical cat and mouse game between two great exponents of the game as Kothari first took control of the proceedings with the help of a massive 279 break followed by 89 to take a commanding 300-plus lead in the first session.

But some unforced error by Kothari at vital junctures gave Gilchrist unexpected opportunities to bounce back and brought down the deficit to 100 points.

Kothari once again piled points to reach a break of 253 in the second session but a missed regulation red pot off the spot that denied him a decisive lead.

Trailing by 250-odd points, Gilchrist once again started his chase and made a magnificent 313 break to snatch a 949-917 for the first time in the four hours.

The final hour saw Gilchrist showing exceptional calmness as he produced a lethal blow of 300 to go ahead by 300 odd points with only five minutes left on the clock before winning the contest.