Gloom and doom: Why AIFF's new 'roadmap' in KL could be death knell for I-League clubs

The writing is on the wall for I-League clubs.

New Delhi: Indian football will never cease to amaze. Nor will its sole custodian, the All India Football Federation (AIFF).

For all practical purposes, the AIFF is football’s last word within the geographical limits of this vast country. It has a constitution, duly approved by FIFA and the government. It has an elected body on a four-year term. It has an impressive number of qualified professionals in its staff to run the game.

Yet, to solve a problem, which is purely domestic in nature, the AIFF has to run to Asian Football Confederation (AFC). Not once, but again and again. And to find out a possible solution, it has to sit (read hide) under AFC’s umbrella.

On Monday, AIFF has called a joint meeting of ISL and I-League clubs at AFC headquarters in Kuala Lumpur. The plan is to announce the “roadmap” of Indian football.

It is always better to solve a two-pronged problem bilaterally, they say. Third party intervention only complicates matter. And proves incompetence of the warring groups. Especially of those, who invite the third party. But sometimes, one is forced to discard the theory because of pressure groups.

The word “roadmap” is Indian football’s most abused utterance in recent past. It had a threadbare discussion for many months. Anyone remotely associated with Indian football took part. In the end, they never agreed with each other. 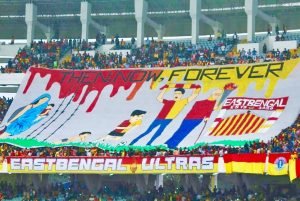 Finally, when FIFA and the AFC came up with the best possible solution, it was tossed out of the window. Because one of Indian football’s biggest promoters did not approve of it.

Well, let bygones be bygones. The same set of people in AFC, whose earlier suggestions were thrown to wastepaper basket, is expected to preside over the announcement of a new roadmap.

Who is hand in glove with who, nobody knows. Yet, all are waiting to know the outcome. Though not exactly with bated breath. They have a fair idea about the end result.

All stakeholders will be in KL with different agenda up their sleeve. Experience says there will be no compromise. It will be like the famous ABBA song: “The winner takes it all”. Experience also says the high and the mighty always emerge winners.

If sources are to be believed, I-League clubs could be going all the way to KL to attend their own funeral. Their status as second division clubs will be confirmed. Though not in as many words.

They shouldn’t expect to have a promotional avenue on excellence. At least not in the next few seasons. A chosen few will never face the relegation threat in the next five years. Money will enjoy the upper hand. Not merit.

The much-awaited roadmap may continue to follow the “pay and play” scheme. A lucky couple of clubs may receive an opportunity to pay through their noses and play the top division. A highly improved revenue model could be arranged to compensate the loss.

For the rest, the roadmap could basically mean the end of the road. Darkness at noon. 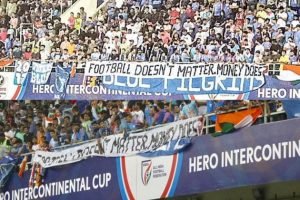 Anybody planning to approach the court of law in India alleging “discrimination” may be caught on the wrong foot. The roadmap would be decided far away from the Indian shores. In the august presence of continental bosses. The AIFF would promptly swear in the name of the parent body.

Post Monday, Indian football may not be the same again. There could be a clear line of demarcation between the haves and the have-nots. Some may throw lavish parties. Some may simply shut shop.

The game plan here is not about development of football. It is about result. Who said “winning isn’t everything; it’s the only thing”? The quote has been attributed to American professional coach Vince Lombardi. The AIFF can’t be blamed. It is a professional body, looking for a crushing victory. However poor and hapless be the opposition.

Nobody should have doubts about the competence of India’s national soccer body. Its primary job is to protect its coffer. To ensure the free flow of funds.

It knows which side of the bread is buttered. The rest could easily be consigned to history!

Ronaldo closes in on 700 goals, England lose in Euro qualifiers