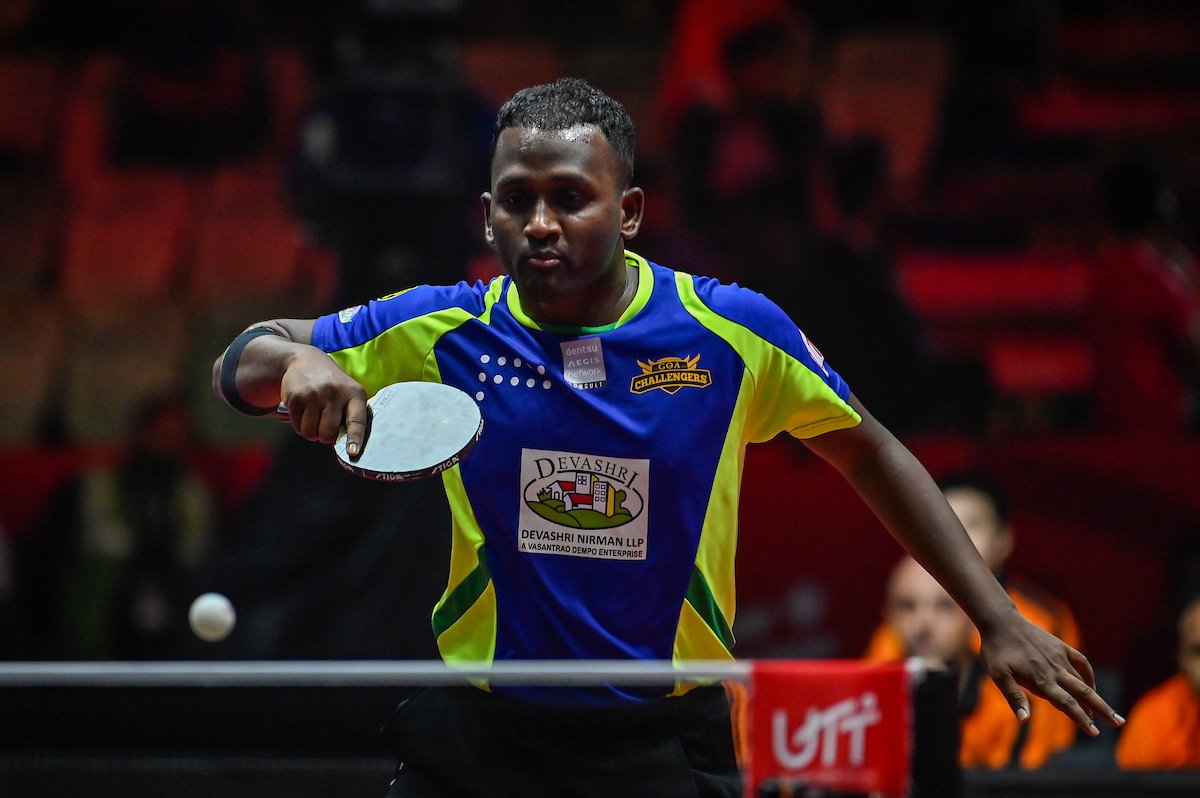 Amalraj against Harmeet Desai on Wednesday.

I-Ching and Amalraj romped home in their Singles matches and also successfully paired up in the Mixed Doubles to garner 8 mega points for Goa.  Spain’s Alvaro Robles and India’s Archana Kamath collected 1 and 2 points each to make it a grand victory. today’s sports news headlines

World No. 9 Cheng I-Ching began Goa’s charge, rattling Ayhika Mukherjee of Paltan with her array of big shots. Ayhika defended smartly in the first set but couldn’t sustain the fight beyond the halfway stage.

From 6-6, she capitulated to an 8-11 defeat. I-Ching got a grip on her game by then, and bounced away to a 6-0 lead. She conceded only one point thereafter to make it a walk in the park. She was equally dominant in the third, wrapping it 11-5 to give the Challengers the perfect start. today’s sports news headlines

Alvaro Robles, however, couldn’t contain Chuang Chih-Yuan in the Men’s Singles, allowing Paltan to keep their heads above water. He stayed abreast of Chih-Yuan till 9-9 but gave away the next two points to go down 9-11.

He was up for the fight in the second set, though, countering the World No. 36 with his own brand of shots. It fetched him the desired result and a crucial 1 point for his team. The third set, however, proved to be beyond him, as Chih-Yuan broke away at 6-4 to wrap it 11-5. today’s sports news headlines

I-Ching then returned to pair up with Amalraj in the Mixed Doubles, looking to seal Goa’s place in the semis. They fell behind 0-5 quickly but had the temperament to recover and make it 6-6. They simply walked away from there to win the first set 11-7. today’s sports news headlines

The second, ironically, saw an exactly opposite story. I-Ching and Amalraj created a 4-point lead at 7-3, only to see the Paltan pair of Chih-Yuan-Ayhika catch up with them. They lost it 9-11. The Goan pair cut down their mistakes in the third to clinch it 11-7. today’s sports news headlines

In the reverse Men’s Singles, Amalraj got the better of Harmeet Desai 3-0. It proved to be a surprisingly one-sided contest, with Amalraj racing away to a 11-7, 11-7 win the first two sets. The third was closer, with Harmeet even sniffing a win at 10-8. But Amalraj clinched the next 3 points for a satisfying win.

UTT: Dabang Delhi to face U Mumba in the first semi-final