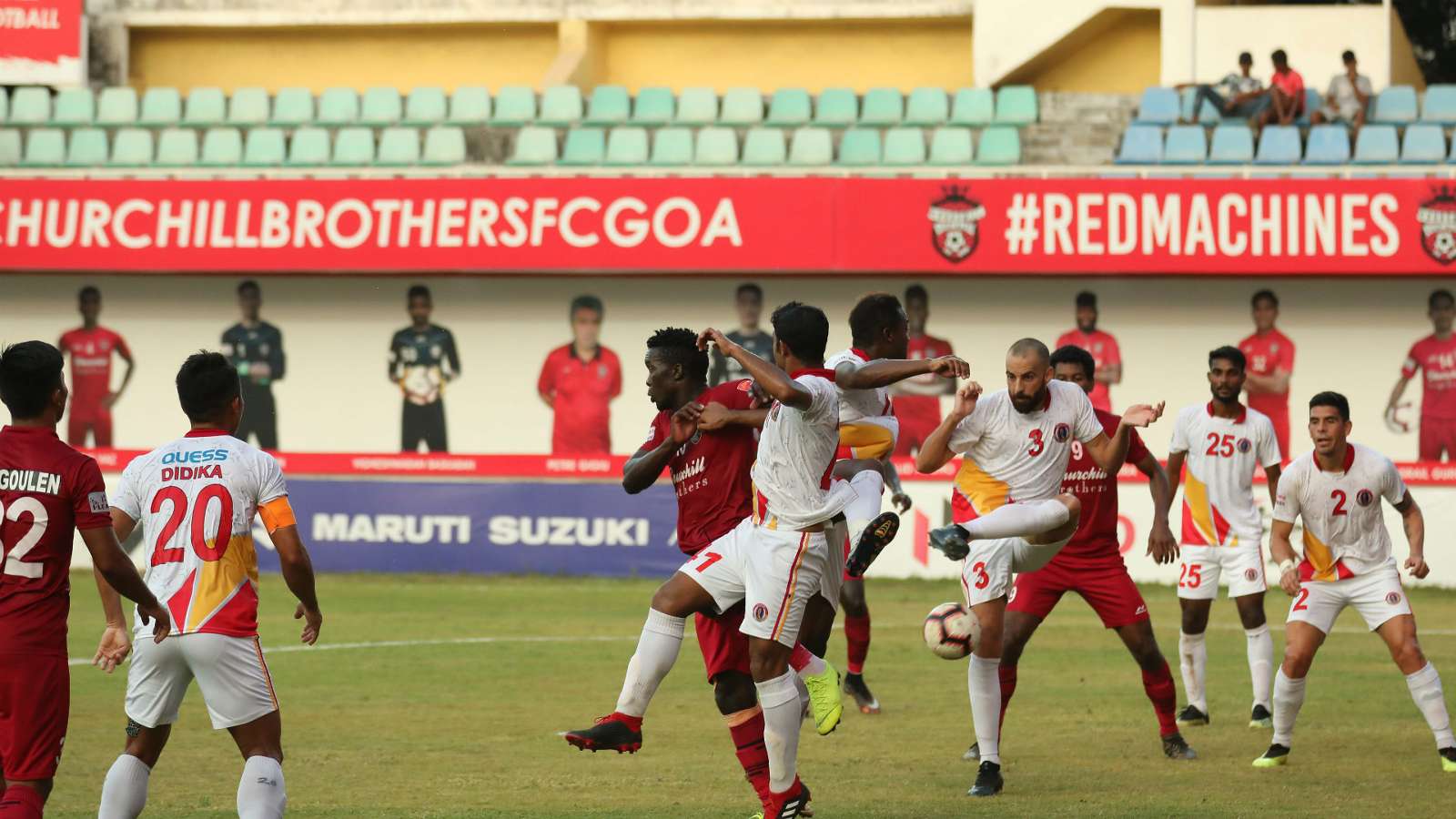 Margao: Still smarting from their shock defeat to Indian Arrows, Churchill Brothers will look to bring their campaign back on track when they host the undefeated Quess East Bengal in an I-League fixture here on Saturday.

Churchill Brothers, who are placed fourth in the table, faced their first defeat of the tournament in their last encounter against Arrows, owing to a major defensive lapse.

The Red Machines will look to bounce back in what would be their first match of the New year.

“We showed a poor image of our team in our last game. We can do much better. We must do better as a team playing without the ball,” said Bernardo Tavares, head coach, Churchill Brothers.

“We gave too much space to them (Arrows) to play and they got confidence and believed that they can draw because we could not score the second goal to kill the result of the game.”

Tavares asked his team to quickly get over the loss and ensure there is no let-up in intensity in the coming matches.

“We had got 19 shots on target against 7 shots by our opponents, they scored 2 goals in two mistakes from us. If we want to win games and get 3 points, we cannot sit back and must try to score quickly,” he said.

“I want to forget the last game as an accident and we can’t let this happen again in the future.”

Speaking about their opponents Quess East Bengal, Tavares said, “I have already analysed their four games in Hero I-League. Their Spanish players are good but others are also good. So we need to see them as a strong unit.

“If we want to have a good game against them, we cannot make the same mistakes that we did in the last game because Quess East Bengal are a better team. We must be sharper- with as well as without the ball, transitions and in the set pieces.”

Quess East Bengal, on the other hand, are the only undefeated team in the league and have been in scintillating form.

After the initial two draws against Real Kashmir FC and Punjab FC, the Red and Gold outfit have run riot over Neroca FC with a 4-1 win and a 2-1 win over TRAU FC.

Quess East Bengal will be playing their first match since December 14th and coach Alejandro Men ndez looked confident ahead of their clash against Churchill Brothers.

“I think the team is high on confidence, good results have helped the same and we are working really well together as a team. We will face the game with optimism and are motivated to keep continuing the work we have been doing,” he said.

Although Churchill Brothers were at the receiving end against Indian Arrows, Menendez warned his boys to not take them lightly.

“Churchill Brothers are a threatening side and even if they did not win the last game, I am sure they will be very motivated to play against us,” he said.

“They will play at home, they know we are in good shape, we will not have the surprise factor as Arrows had. I understand we need to be very sharp in defence and in the attack. If we are not able to perform at a high level, it will be tough to get 3 points.”

Ibrahimovic looking for ‘last bit of adrenaline’ at AC Milan