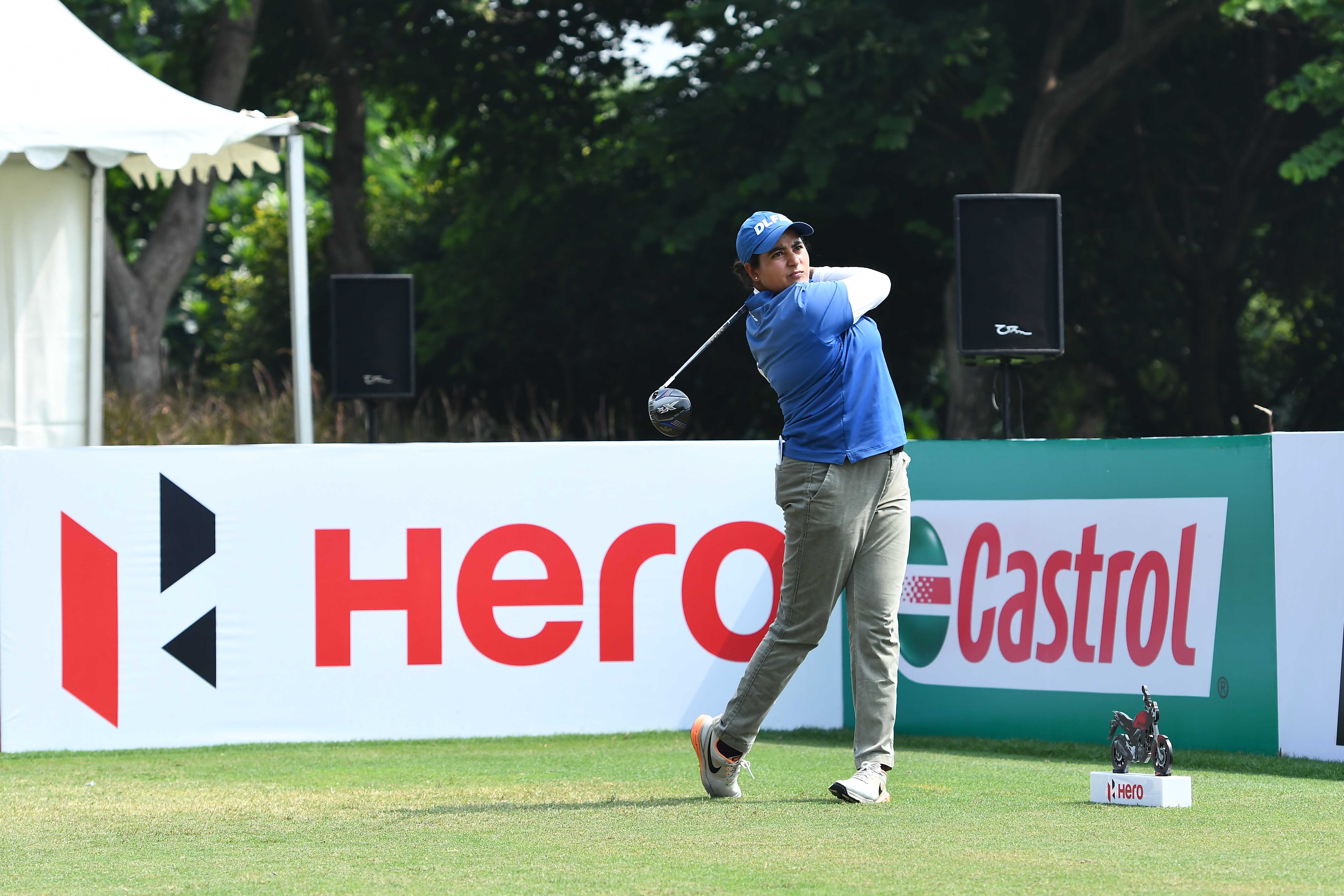 Gurugram: Amandeep Drall shifted gears at the very end with two birdies in the last four holes to keep a charging Seher Atwal at bay on the final day on Friday and win the eighth leg of the Women’s Pro Golf Tour.

Amandeep, 28, negotiated the challenges presented by the DLF Golf and Country Club with 1-over 73 and won by three shots over Seher Atwal (71). She finished at 3-under 213 while Seher was even par 216 for 54 holes.

This is Amandeep’s second title of the year as she earlier won the fourth leg.

Jahanvi Bakshi, who was languishing in ninth place after the second day, rose to third with the day’s best card of 3-under 69 and 4-over 220.

Ridhima Dilawari, who suffered a triple bogey eight on Par-5 eighth hole, shot 76 and was seventh at 9-over, while Hitaashee Bakshi (78) was eighth at 10-over 226. Vani Kapoor (76) ended ninth and amateur Avani Prashanth (81) rounded off the Top-10.

Amandeep, who has won every year since turning pro, opened with a birdie but dropped shots on second and sixth to turn in one-over. A series of pars over the next seven holes kept her firmly ahead.

Seher, who started the day five shots behind Amandeep, turned in even par and when she birdied 11th and 13th and bogeyed 12th, while the leader had pars, the lead was down to three shots.

On the par-4 14th, Seher had a bogey against a double bogey for Amandeep, and the door seemed to open just a little more for Seher. The lead was now down to two. However, the experienced Amandeep kept her nerve and birdied the 15th and 17th and made no more mistakes, while Seher birdied 15th and parred the rest of the holes leaving Amandeep a victor by a handy three-shot margin and the winner’s cheque of Rs 1,50,000.

The pick of the day was Jahanvi Bakshi, who was 4-under through 11 holes before dropping a shot on 12th and another one on 14th, but she birdied the 15th for 69, the only card of the week in 60s.

Pranavi, who has won once each as an amateur and a pro in 2020, had a disastrous finish with four bogeys and a double bogey in the last six holes, and dropped to tied-fifth with Tvesa, who had three birdies against six bogeys for 75.