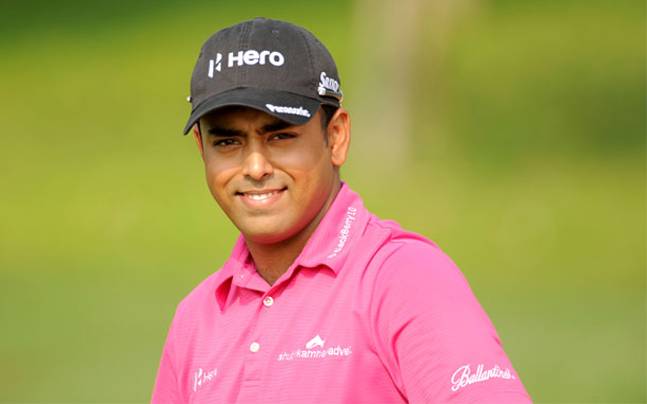 New Delhi: Leading Indian golfer Anirban Lahiri booked his berth to the Tokyo Olympic Games as he was placed 60th in the final Olympic golf rankings list published on Tuesday.

Lahiri, a former Asia No. 1 and two-time winner on the European Tour, will thus be playing his second successive Olympic Games. A PGA Tour regular, he had turned out for India along with SSP Chawrasia at the 2016 Rio Olympics.

The men’s golf event in Tokyo will feature 60 players and will be played at the Kasumigaseki Country Club from July 29 to August 1.

Lahiri has not had the best of seasons on the PGA Tour this year with just two top-10 finishes in 16 starts and his FedEx Cup ranking being 118.

His season was further hampered when he was affected by Covid-19 in late April and had to miss out on a string of events on the PGA Tour until mid-May.

Lahiri, who’s current world ranking is 340, was on the reserve list, being a third reserve at best for many players, till Tuesday when the updated Olympic golf rankings were published.

Thereafter, with a number of withdrawals, Anirban, who has appeared at 16 Majors, managed to make the cut-off for the Olympics.

“Making it to the Olympics has been a pleasant surprise. It’s a little bit of a shock I would say as I knew that I hadn’t done enough to qualify for the Olympics. I’m overjoyed and so is my family. When I was having breakfast this morning I wasn’t in the Olympics, now I am,” a delighted Lahiri told PGTI.

Lahiri, however, said he thought for a bit if he could compete at the Olympics.

“To be honest, after getting the good news I had to think about whether I will compete at the Olympics as a lot of other factors are involved, including my full recovery from Covid and my current position on the FedEx Cup standings.

“I was down with severe symptoms of Covid in late April and early May and was even admitted to the emergency room at a hospital for about three hours. Even after recovering from Covid, I have been feeling its after-effects. So, I have to manage my workload for some time now.”

Lahiri pointed out other factors as well.

“I also have a lot of work to do to retain my card on the PGA Tour as I’ve not had a great season so far. So to play the Olympics I have to plan my schedule and travel and also figure out a lot of logistics,” he said.

“But finally it was a quick and easy decision in favour of playing the Olympics as one doesn’t get such fortune for no reason. I cherish every opportunity of representing India and would never give up a chance like this. The gods are definitely smiling on me.”

Lahiri said he would need to prepare well “to be at my best” during the event.

India’s Udayan Mane is now a first reserve for several players. If there are withdrawals by some specific players over the next couple of weeks, there is a possibility that Mane too may earn his berth at Tokyo 2020.

However, following the postponement of the Olympics to 2021 due to the Covid-19 pandemic, the IGF and International Olympic Committee announced in April last year an adjustment to the qualifying system where athletes would accumulate Olympic ranking points through June 2021. The extended three-year qualification process for the men’s golf competition was completed on June 21.