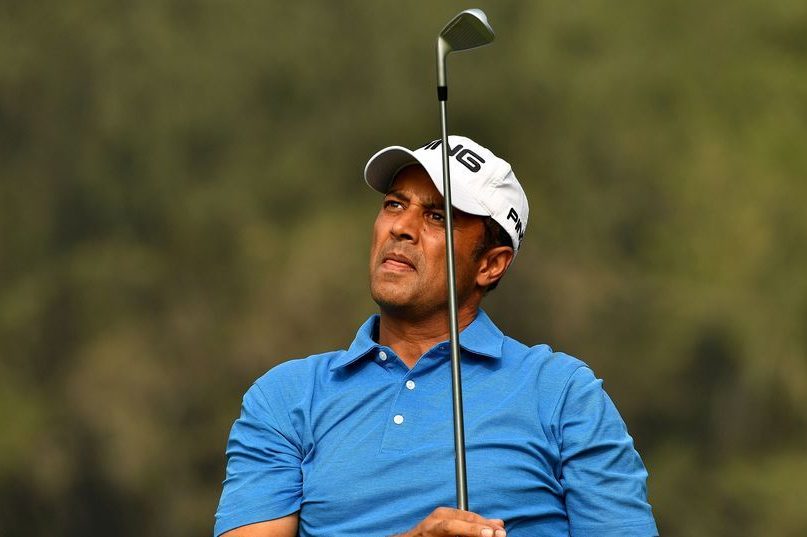 Truckee (US): Indian golfer Arjun Atwal landed three birdies against two bogeys for a fine +4 round that helped him rise two spots to tied 44th in the Barracuda Championships here, the only PGA Tour event to use the Modified Stable format scoring system.

The 47-year-old Indian began with a birdie and added two more against as many bogeys that took him to +13 after 54 holes.

Atwal, who has made the cut in each of the three events he has teed up since PGA Tour’s ‘Return to Golf’ in June, will tee up at Wyndham Championship in the last event before the FedExCup play-offs for the truncated season.

“I hope my legs and knees hold up. Three cuts in a row at 47 is not too bad,” joked Atwal, adding, “Putting can be better. However I feel my game is looking and getting better each week.”

Atwal birdied the first, 10th and 12th for two point gains each time and dropped points on fifth and 15th.

Meanwhile, Branden Grace withdrew prior to his third round after testing positive for COVID-19. He will also skip next week’s PGA Championship.

Troy Merritt made two late birdies Saturday to take a four-point lead into the final round a year after he lost the final-round lead in the same modified Stableford scoring event. Collin Morikawa won the event.

Players receive 8 points for albatross, 5 for eagle, 2 for birdie, zero for par, minus-1 for bogey and minus-3 for double bogey or worse.

A top-two finish here will earn Merritt a spot in the 2020 US Open and he is already in the field for next week’s 2020 PGA Championship. Merritt has two PGA Tour wins against his name.

Grillo had an 11-point round, and McNealy scored 10 points. The good news for McNealy is that his girlfriend, Danielle Kang, is tied for the lead in Ohio in the LPGA Tour’s return.

With a win, McNealy would be the 12th player (fifth straight) to earn first TOUR win at Barracuda Championship.

Robert Streb was fourth with 28 points. Joseph Bramlett and Richy Werenski followed at 28.

Streb entered the week having missed the cut in 10 of his last 11 starts and now sits five points off the lead. He was initially paired with Branden Grace before his withdrawal.