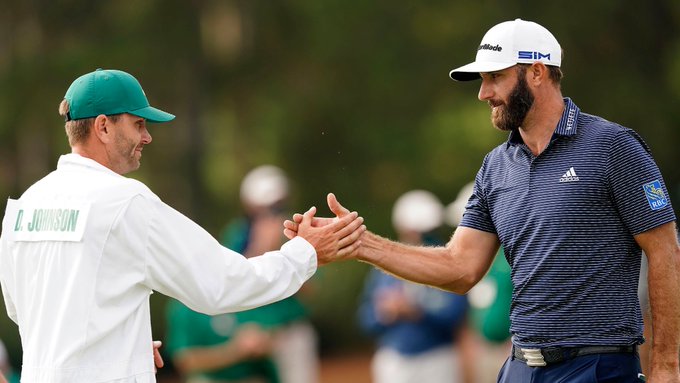 Augusta: Ace golfer Dustin Johnson, and his brother-caddie Austin, have become the third family team in the history of the Augusta Masters to win the title.

Dustin, ranked No.1 in golf rankings, on Sunday won the Masters by five strokes as he finished with a record-breaking low score of 20 under par.

The American also became the first world No.1 to win the tournament since Tiger Woods in 2002.

Earlier, in 2018, champion Patrick Reed had his brother-in-law Kessler Karain serve as his caddie. Reed had won his first major title with a final round 71 (-1) for 273 (-15), one stroke ahead of runner-up Rickie Fowler.

Jack Nicklaus II had served as a caddie to his father Jack Nicklaus during his Masters win in 1986 edition of the tournament.

At the 2020 edition of the tournament that culminated on Sunday, Austin served as his caddie through the event which was delayed by almost seven months due to the Covid-19 pandemic.

Johnson shot a final-round 68 to hold off Cameron Smith of Australia and South Korea’s Sungjae Im.

Both shot 69 to tie for second on 15-under. However, in the end, Smith and Sungjae had no answer to Johnson, who played the final 13 holes bogey-free.

For the unversed, caddie is a person who carries a golfer’s clubs and provides other assistance during play.