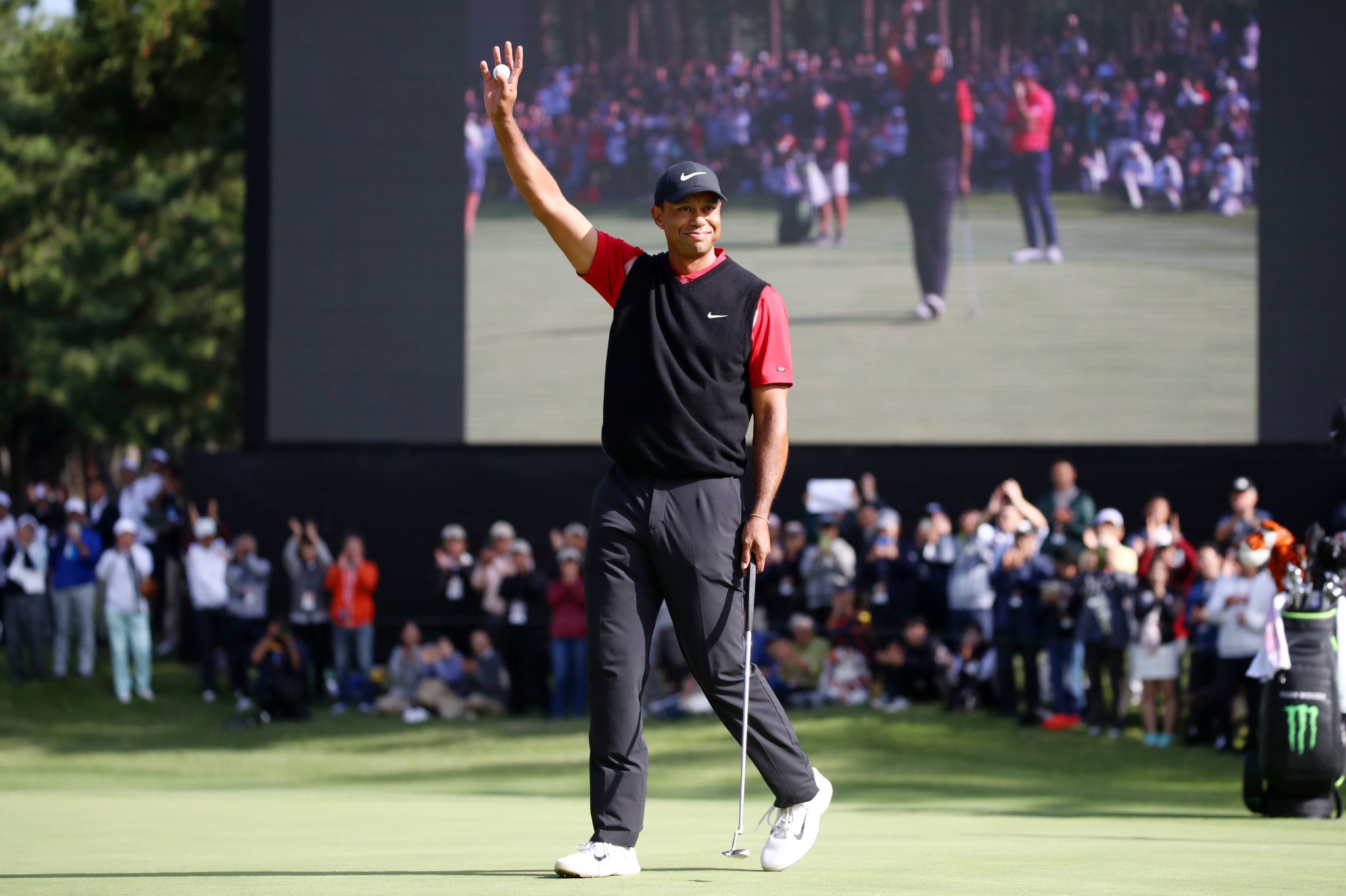 San Francisco: Tiger Woods appears to have something new in store for this PGA Championship.

Woods has won all but one of his 15 majors with a Scotty Cameron Newport 2 GSS, the putter he borrowed from Mark O’Meara in 1998 and never returned. The only other time he switched at a major was at St Andrews in 2010, when he used a Nike Method.

Woods has experimented with other putters since then, such as a TaylorMade variety in 2018 before going back to his regular putter at the Tour Championship, which he won.

This week he has been working with a putter just like his Cameron Newport but with adjustable weights in the sole to adjust to green speeds. Golf Channel reported it would be in the bag Thursday, and Woods used it during a practice round Wednesday with Steve Stricker and Davis Love III.

“He’s able to change the weights around a little bit, but the length is the difference. He’s got a little more length on there, and that’s just so he can practice a little bit more without back pain. That’s what excites him the most is that he was able to put in a lot of time with this putter. And watching him putt, it looked exactly the same to me. He rolled the ball great.”

Notah Begay III, a longtime friend who now works as an analyst for NBC and Golf Channel, said Woods was looking “to create some new sensations in his hands.”

“The extra weight might give him something to at least work on and focus as he tries to find that putting stroke,” Begay said.

Will he make the switch? And if he does, for how long? “I promise you, old faithful is back at the place where he is staying right now,” Begay said on Golf Channel.

This PGA Championship might have set a record for most players who decided not to play.

Vaughn Taylor withdrew Wednesday, citing an injury. He is the 11th player to withdraw from the PGA Championship since the field was first released six days ago.

But it actually goes deeper than that. Four other players who were either eligible or on the invitation list from being in the top 100 in the world ranking Lee Westwood, Eddie Pepperell, Shugo Imahira and former PGA champion Y E Yang informed the PGA of America they would not be playing.

Yang played two weeks ago on the Korean PGA Tour.

Westwood, Pepperell and Harrington cited international travel and the COVID-19 pandemic for not playing. Others cited injuries. Thomas Pieters of Belgium hasn’t played since the European Tour shut down in March. Neither has Francesco Molinari, and his time has been consumed moving his family from London to California.

Alex Noren replaced Taylor in the field. Next on the alternate list is Pat Perez, who was at the TPC Harding Park.

Perez said it was a short drive from Lake Tahoe at the Barracuda Championship and he had a place to stay with Jason Kokrak. Otherwise, he said he might not be on site. At this rate, he might wind up getting a tee time, although the 155 players tested for the coronavirus all had negative results.

That leaves the PGA Championship with 91 players from the top 100 in the world.