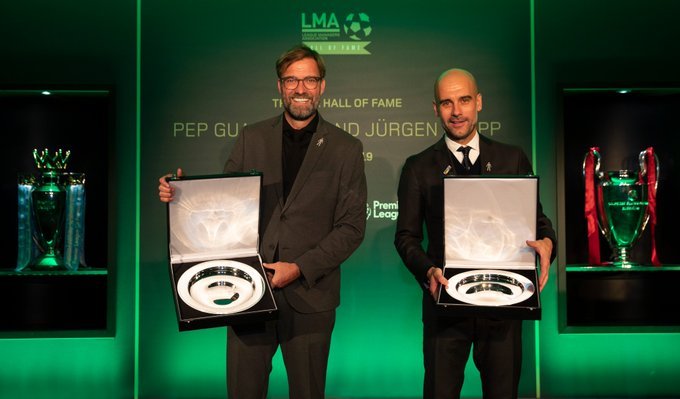 The LMA announced the pair’s induction on Thursday, in recognition of their historic achievements in football management to date.

Guardiola and Klopp are going head-to-head for Premier League supremacy this season.

“It is an incredible honour to be a part of it, for the rest of my life and for generations, to be in this Hall of Fame in English football,” said Guardiola, who has won seven trophies since arriving from Bayern Munich in 2016.

“I do not have any words to express my gratitude. To be part of this family.”

“This is really special, to be a part of this incredible group of managers is big,” Klopp added.

“Tonight my family and coaches are here. I wanted them all to be here because it is very important in in our family history.”