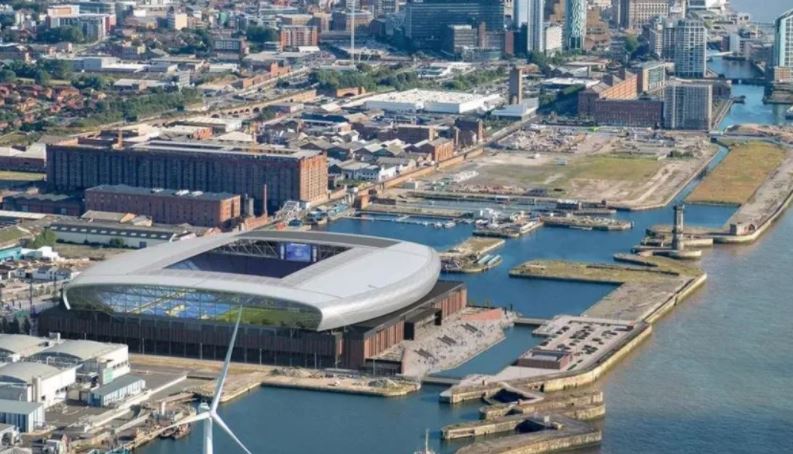 London: Politicians in the UK gave the go-ahead to plans by Premier League club Everton for a riverside stadium costing $712 million despite a call by UNESCO to reject the plan because of the impact it will have on Liverpool’s maritime World Heritage Site.

Everton’s search for a new home to replace its outdated Goodison Park stadium started 25 years ago. Club officials said the widely supported plan would see a 52,888 stadium at Bramley-Moore Dock that would become a showcase around the world, Xinhua news agency reported.

The plans aim to create the most sustainable stadium in the Premier League, the club said in its submission to decision-makers.

The plans make provision to add a further 10,000 seats later if the club wants to expand its capacity.

Everton predicts that the stadium development will deliver $1.83 billion to the city’s economy and help create more than 15,000 jobs.

Due to its size, the project will now be referred to the Secretary of State for Housing, Communities and Local Government Robert Jenrick.

City Hall planning managers told the planning committee that UNESCO indicated approval of development within the WHS would lead to further consideration of the loss of Liverpool’s WHS status. It would mean Liverpool becoming one of only a few sites in the world to be stripped of the title.

Liverpool’s WHS, granted by UNESCO in 2004, has been on its “in danger” register since 2012 because of proposed developments within the city.

UNESCO has objected strongly to the application on the grounds that the stadium would have an unacceptable major adverse impact on the authenticity, integrity and Outstanding Universal Value of the WHS.

But Everton officials said there were no suitable alternative sites, and the Bramley-Moore Dock, opened in the 19th century when Liverpool was one of the world’s leading seaports, has stood derelict for many years.

Everton also won the go-ahead for major community development around Goodison Park once the new stadium is built in a separate application.

Henri Murison, director of the Northern Powerhouse Partnership, described the project as a no-brainer.

Murison said: “Giving the green light to major shovel-ready infrastructure projects such as this will be key to spearheading a recovery here in the North of England. Bramley Moore Dock will create thousands of jobs, unlock billions in economic growth for local communities and open up the city further to the rest of the world.

“This project will help put the city of Liverpool in the economic Premier League it deserves to be in post-crisis.”