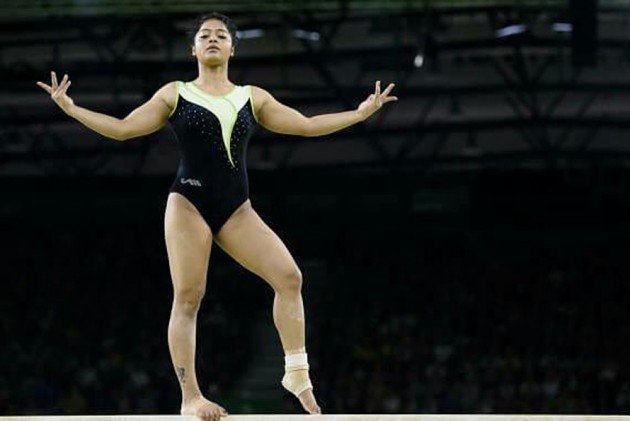 Agartala: Leading gymnast Pranati Nayak, who will be the lone Indian to compete at the upcoming Olympic Games, has the “competition mind-set to stand out in big events”, feels top gymnast Dipa Karmakar.

“Everyone works hard. But Pranati’s competition mindset stands out. Even if she used to take breaks in training, she would be up to speed with us in no time. She does her best in competitions,” Dipa told Olympics.com.

“I know Pranati since 2010. I met her when I had gone for a camp to Kolkata. Since 2014, four of us — Pranati Nayak, Pranati Das, Aruna Reddy and I — have been in the national camp together. Not only did we bond very well, but we pushed each other [too],” she said.

“We had that hunger to do something. In the last few years, the four of us have been competing at international competitions regularly. No junior has been able to push us out yet.”

Dipa said she was disappointed at not being able to make it to the Olympics, but that she was happy that Pranati was representing the country.

“Of course, I would be happier if I was also going to the Tokyo Olympics too. But I am very happy for Pranati and as a senior, very proud of her,” she said.

Pranati had won a bronze at the Asian Artistic Gymnastic Championships in 2019, and that made her eligible for the continental quota as the 9th Senior Asian Championships was cancelled due to the Covid-19 pandemic.

In 2016, Karmakar had become the first Indian woman gymnast to qualify for the Olympics, and the 27-year-old from Agartala says that an Indian female gymnast featuring in the second consecutive Olympics is a “big achievement”.