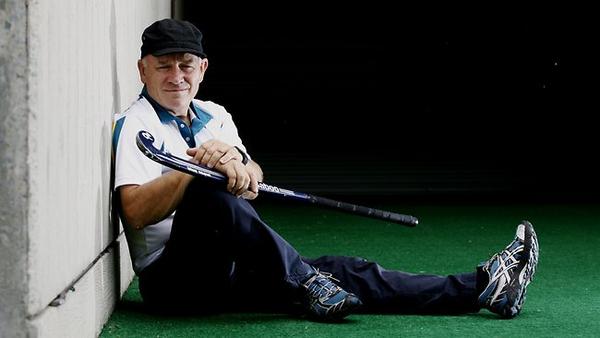 A 20-year-old Australian forward caught the eye at the 1972 Munich Olympics. He was soon to become a legend in hockey and couldn’t have picked a more fitting stage to make his mark on the game.

After all, the Munich Games turned out to be a watershed moment for change in the sport. Not least in ending Asia’s hegemony, (West) Germany beating Pakistan in the final to become Olympic champions.

The changes since then have been rapid, often radical, enabling the young Aussie by the name of Ric Charlesworth to express his dynamism amidst the evolution of the game.

Now 67, Charlesworth has attained legendary status as player and coach, did a quick rewind of the sweeping changes that have transformed hockey ever since he realised his dream of donning the green-and-gold at the Olympics.

“The big change was the artificial turf in 1976,” says the former Kookaburras captain.

Also a first-class cricketer for Western Australian, he claimed a silver medal after Australia’s shock final defeat to neighbours New Zealand in the Montreal Olympic final where the synthetic pitch made its debut.

“The no-offside rule, rolling substitutes and self-pass were huge changes as well,” adds Charlesworth, also a qualified medical doctor and a former Member of Parliament.

But some things, he regrets, didn’t change.

The penalty corner, for one, is the target of Charlesworth’s ire. But the set-piece continues to be the game’s most potent weapon for scoring.

“The penalty corner is dangerous and should be replaced by a safer routine,” the 1986 World Cup winner observes. 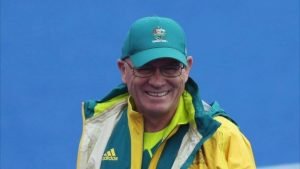 Ric Charlesworth has been a vocal critic of Indian hockey.

But some of his suggested changes haven’t enjoyed global support – like his 9’s format used in a few international tournaments in Australia where the “contentious” penalty corner follows a safer routine.

The 9’s also entailed two fewer players per side, which he reckoned created space on the pitch, thereby encouraging skillful play.

“I don’t like the Hockey 5’s,” the 67-year-old, who also guided the Australian women’s team to two Olympic gold medals (1996 & 2000), said bluntly while responding to a thought that it could well be the format used at Olympics in the future.

“Use the 5’s at the Olympics and that would be the end of hockey as we all know it. With no ‘D’ in sight, it would encourage a powerfully-built player to find the net from distance. The fantastic skills of the game would fall in importance,” reasoned the author of three books on coaching.

At the International Hockey Federation’s (FIH) behest, the former high performance director of New Zealand Cricket and mentor to an Australian Rules football club was hired as consultant to the ad-hoc body governing hockey in India in 2007-08. That, however, ended in acrimony 10 months later after he quit, citing dues not paid and poor working and living conditions.

Charlesworth, though, is ever the battler. He vehemently campaigned against cigarette advertising at sports events decades ago. But he now faces an uphill task in trying to dissuade the fraternity that increasingly warms up to the 5’s.

After Hockey 5’s was adjudged the most successful team sport at the Youth Olympics in Buenos Aires last year, the Hockey India League (HIL) turns into a five-a-side event later this year.

It doesn’t dishearten his sharp hockey brain from conceptualising changes for the betterment of the sport though. But, he confirms with a wry smile while signing off, “Hockey 5’s is not one of them.”