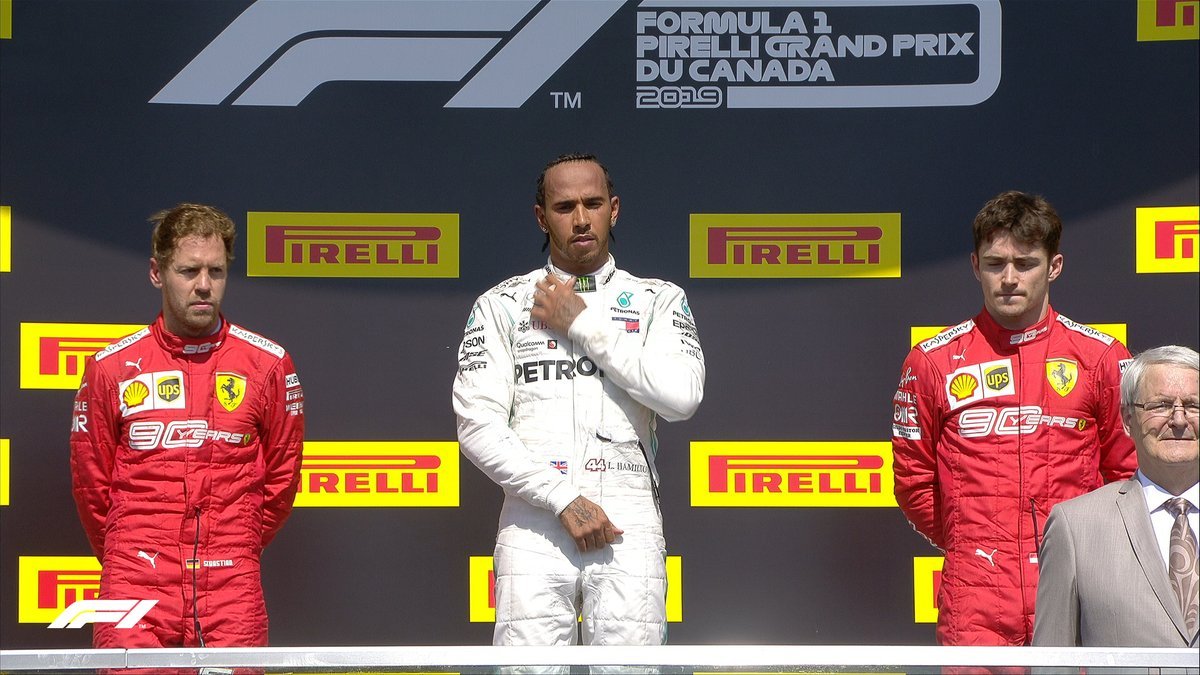 Montreal: Britain’s Lewis Hamilton, driving for Mercedes, strengthened his lead in Formula 1 racing this season by winning the Canadian Grand Prix, the seventh of the year, at the Gilles Villeneuve racing circuit here.

Although Germany’s Sebastian Vettel – who had secured the pole position driving for Ferrari on Saturday – crossed the finish line first on Sunday, he was hit with a five-second penalty for making what was deemed to be a dangerous re-entry onto the track on Lap 48, with 22 laps remaining, a move that was reviewed by race authorities before the penalty was imposed.

With Hamilton pressuring him, Vettel ran onto the grass after going into Turn Three too hard, returning to the track right away just ahead of his rival, forcing the latter to brake sharply or risk being forced into the wall or off the track.

Hamilton was on the verge of passing Vettel, and quite likely would have done so, if he had not been blocked.

Race authorities reviewed the incident and informed Vettel of their decision to dock him five-seconds several laps later, whereupon the German blew up over the team radio, claiming that, “I had nowhere to go. Seriously, I had nowhere to go. They are stealing the race from us”.

Hamilton extends his lead over Bottas
Vettel hits 💯, the same race as he leads his 100th race#CanadianGP 🇨🇦 #F1 pic.twitter.com/7CvRhYTw6u

As a result of the penalty imposed on Vettel, Hamilton – who had been in second place – emerged as the winner.

The other Ferrari driver, Monaco’s Charles Leclerc, came in third.

Red Bull’s Max Verstappen was penalised in the same way for forcing then-Ferrari driver Kimi Raikkonen off the track last year in the Japanese Grand Prix.

This was Hamilton’s fifth race win of the year and the 78th of his career. He now leads the world F1 rankings with 162 points, 29 more than his Finland’s Valtteri Bottas, who finished fourth in Montreal

The other Red Bull driver, France’s Pierre Gasly, came in eighth at the raceway on the artificial island of Notre Dame in the middle of the St. Lawrence River, with Canada’s Lance Stroll, with Racing Point, and Russia’s Daniil Kvyat, with Toro Rosso, coming in ninth and 10th, respectively.

The next Grand Prix, to be run in France, will be the eighth of the 21 that make up the world circuit and will take place on June 23 at the Le Castellet raceway.

Ahamed tops Pro-stock 400cc race in Round 1 of INMRC